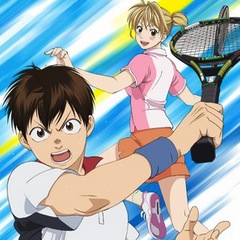 The Pierrot-produced Baby Steps anime—based on the tennis manga by Hikaru Katsuki—is officially going to continue next year. At the end of the series’ 25th episode, an announcement popped up to reveal that a second series has been green-lit.

The second round of Baby Steps is set for a spring 2015 debut.