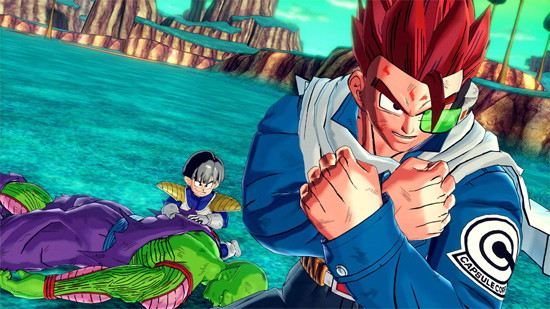 Thanks to Bandai Namco Games, you didn’t have to be at Tokyo Game Show to catch their trailer for the latest Dragon Ball Z fighting game, Dragon Ball Xenoverse. In fact, you can watch it right below this very text.

What’s the scoop on Xenoverse? First and foremost, platforms: Xenoverse will appear on Playstation 3 and 4, Xbox 360 and One, and PC via Steam, a first for a DBZ fighter.

Okay, but what’s the story, you ask. It seems two new characters, Towa and Mina, are powerful time travelers who are set on destroying the Dragon Ball Z timeline. Those jerks – that timeline took 291 episodes to play out!

In order to preserve the history of all those episodes, the player takes control of an original character who teams up with DBZ’s heroes to repair the fissure in time.

Maybe I’m just a sucker for time travel stories, but this game sounds like it has a way cooler story than the last Dragon Ball Z film. 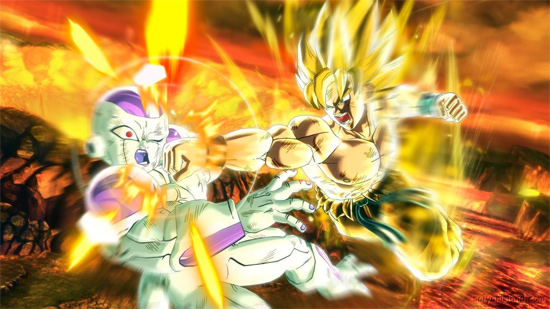