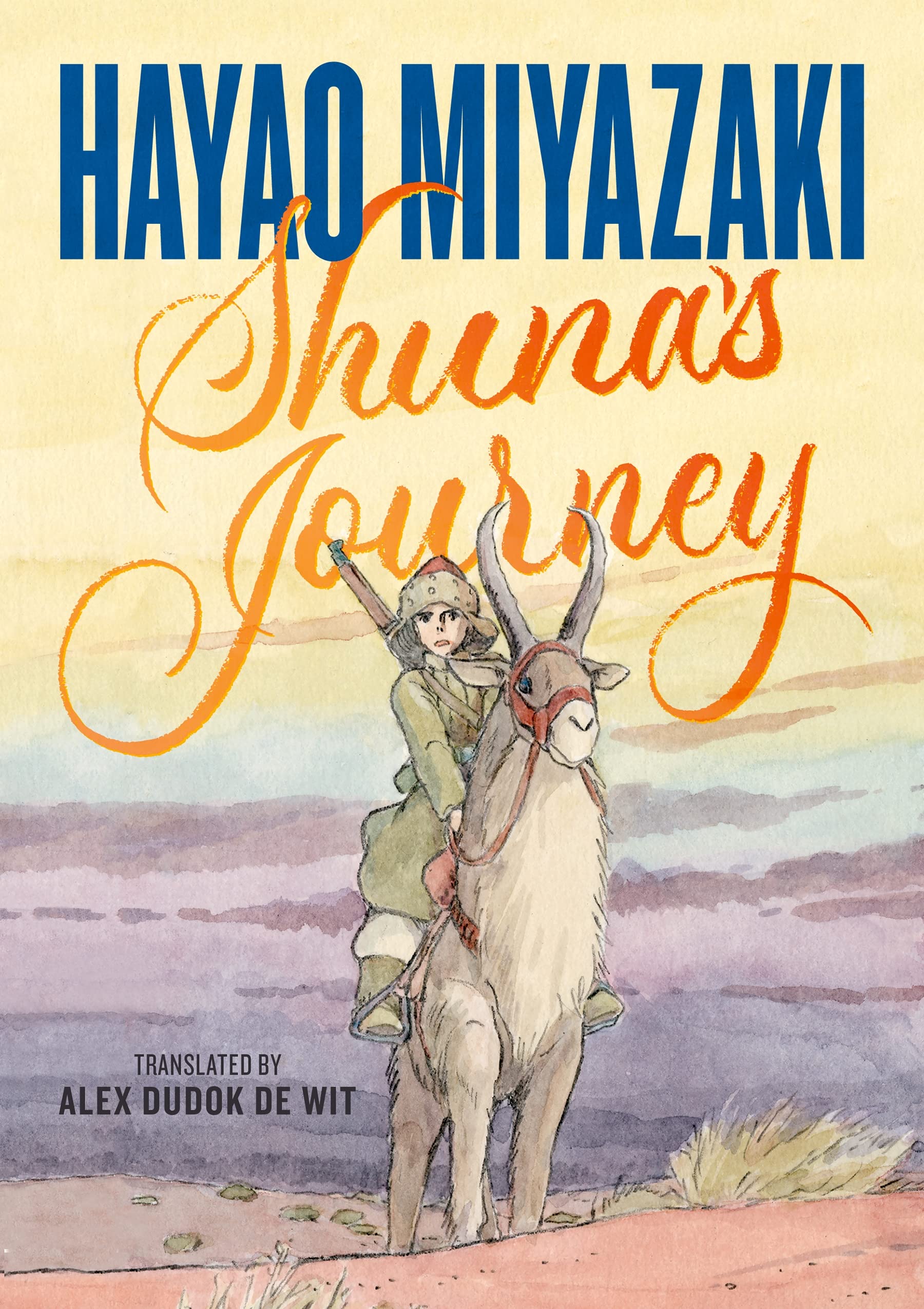 People the world over know about Hayao Miyazaki’s movies, but his book Shuna’s Journey, published in Japan shortly before the creation of Studio Ghibli, is not as well-known. It is just now getting an English translation thanks to graphic novel publisher First Second, so fans can finally read and enjoy this early work.

Shuna’s Journey is loosely based on a Tibetan folktale. The opening of the book is pure Miyazaki: “These things may have happened long ago; they may be still to come.” Already it feels like a dream. The main character, Shuna, is a prince in a land with barely enough food. But when he hears of a land with golden grain on the edge of the world, he sets off on his Yakul to see if he can bring seeds back for his people.

Shuna runs into various difficulties in his travels, including trying to free slaves. He is warned that the land of the golden grain is the land of the god-folk, and people who go there do not return. When he reaches the edge of the land, he finds creatures long extinct. When he goes deeper into the land, it’s something only Miyazaki would create.

Reading this book is like reading a sketchbook for many of Miyazaki’s later ideas. It has that timeless setting, that mystical outlook, that homage to nature. Parts of it are very reminiscent of Nausicaä and Princess Mononoke.

While Miyazaki has taken many of these themes and gone farther with them in his movies, that doesn’t mean Shuna’s Journey feels incomplete. Shuna’s Journey feels enchanting, otherworldly and mysterious. It has that relaxing, numinous quality that we know so well from Miyazaki’s later works.

Part of the appeal comes from the lovely watercolor paintings. Shuna’s Journey feels like a cross between a manga and a picture book.

This is a great read for fans of Miyazaki, and it’s wonderful to see it finally get an English translation.