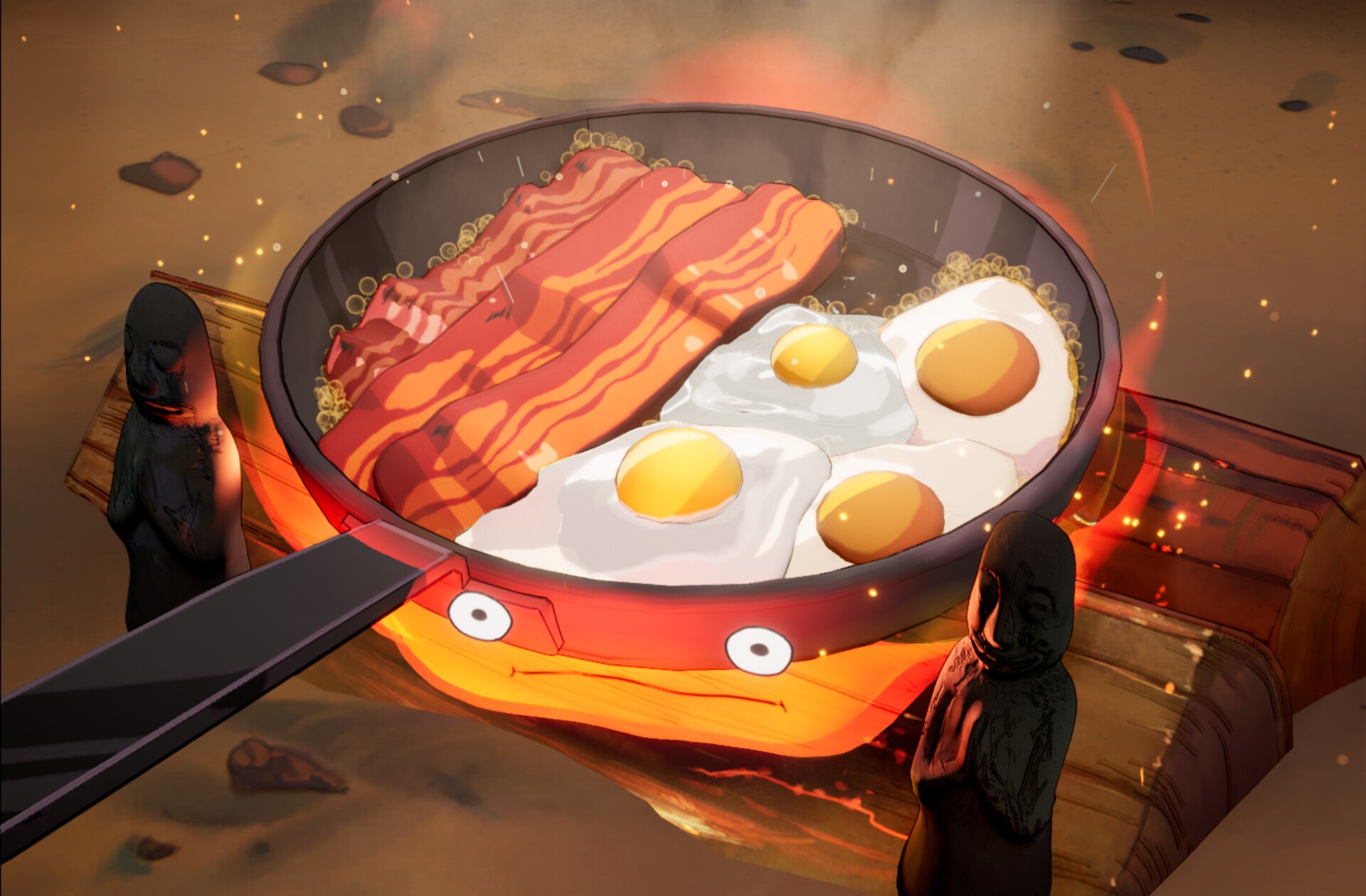 Studio Ghibli is known for animating gorgeous-looking food, and sometimes that includes meals made out of eggs. It turns out the people working at Ghibli recently had a discussion of what’s best to put on eggs, and that spilled out into the internet.

First Studio Ghibli tweeted this. SoraNews24 translated it as “Our debate over whether sauce, soy sauce, or salt is the best for fried eggs was immediately ended when Miyazaki-san simply said ‘Fried eggs are Western food, so sauce is the best for them.’”

SoraNews24 explains that Japan has its traditional version of the fried egg, known as the tamagoyaki, which looks more like a Western omelet. When most Westerners think of fried eggs, they think of a style known in Japan as medamayaki, where you have the yolk in the middle.

Though Miyazaki only vaguely words his favorite topping as “sauce,” it’s not just any sauce he means. He’s apparently referring to a type of sauce in Japan that’s comparable to Worchester sauce, though not exactly the same.

Some people on the internet pushed back against Miyazaki’s opinion about egg toppings. Some comments include:

“Anybody else with me on team ketchup?”
“I guess I just always assumed he liked his eggs with nothing on them, or maybe just some salt. They don’t put anything on their fried eggs in Ghibli anime.”

“Those fried eggs in Laputa and Howl look so good!”

So Studio Ghibli actually put out a survey on its Twitter page about what people like best on their eggs. A whopping 179,223 people gave their opinion, and here are the results:

53.1 percent said their preference is soy sauce. Next, at 31.7 percent, people said they liked salt and pepper. Only 10 percent agreed with Miyazaki and chose sauce. Then 5.2 percent said that mayonnaise is the way to go. Ghibli told the results to Miyazaki, who simply replied, “Ah, is that so?”