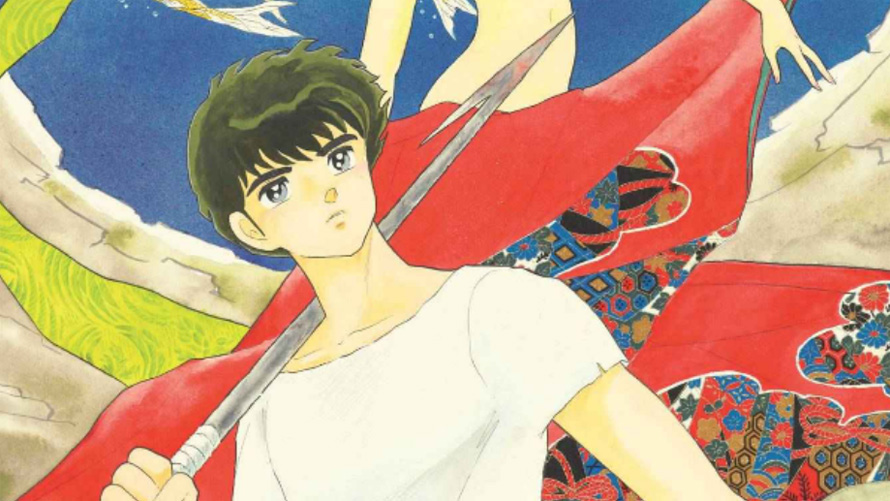 Say the name “Rumiko Takahashi” and the associations spring up: InuYasha. Ranma 1/2. Urusei Yatsura. The legendary manga-ka has so many credits to her name, it can be overwhelming. But many readers are unfamiliar with another brilliant work in her catalogue, one that doffs the lighter fantastical elements and goes straight for the jugular: Mermaid Saga.

This three-volume horror series follows two people, Yuta and Mana, who were unlucky enough to have consumed the flesh of a mermaid. As a result, they both have been granted eternal life. Yuta has been alive for 500 years and has grown tired of roaming the world, living a waking nightmare. He’s searching for another mermaid to lift the curse placed on him so he can grow old, enjoy life and finally pass on. Then he happens upon a 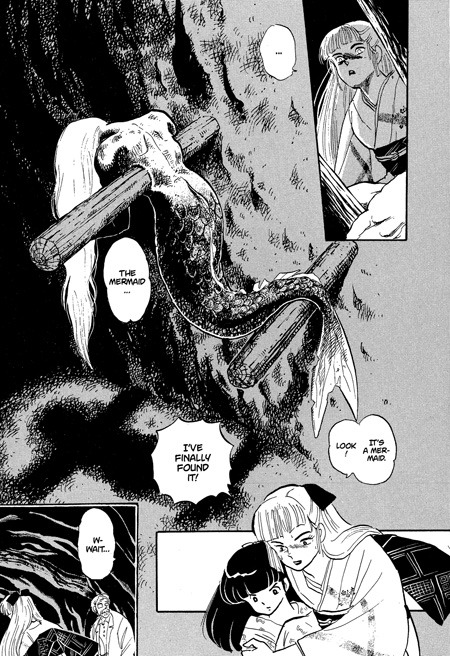 young woman named Mana who’s been living in a remote village for much of her life. He saves her from being turned into a snack for the local mermaids, but it turns out Mana has already eaten mermaid flesh as well and is now cursed with eternal life.

As the manga continues, Yuta and Mana begin traveling together, uncovering some of the chilling ways mermaid’s flesh has changed other people. Some of the individuals who partake in mermaid flesh become pitiable ghouls, trapped in a fate worse than death. Even consuming a small part of a mermaid can have dire implications.

As a result, those who come into contact with mermaids or their flesh can end up in some very dark places. This may be Takahashi’s most disturbing work, not only in the gruesome subject matter but in the way the characters handle the reality of being immortal and the knowledge that they may never be able to go back to normal.

Mermaid Saga is full of twists you’ll never see coming. If you’re only familiar with Takahashi’s most famous works, this supernatural horror series will be an eye-opener. For anyone who’s already hungrily torn the pages of the long-out-of-print previous editions, it’s well worth going through this new omnibus just to remember how brutal the story can be. Recommended.