Men’s Life — Her Secret Life in the Boys’ Dormitory Has a Cute, Silly Start 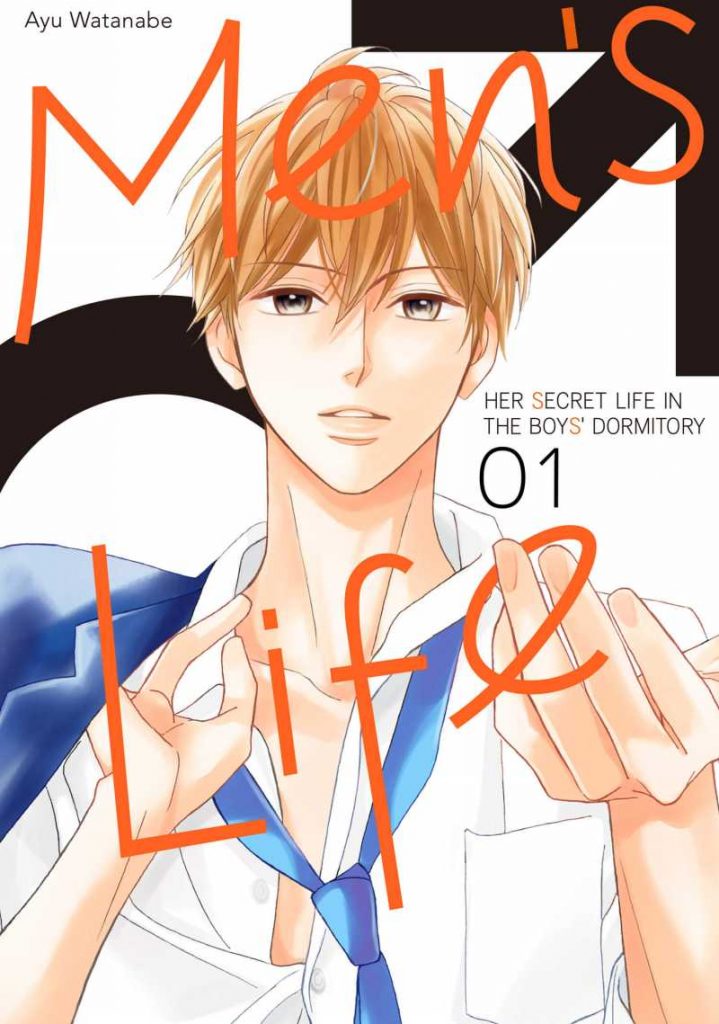 Mio likes listening to the radio, because it helps her feel less alone. At the same time, she prefers to be alone, because being around other people makes her phobic. She is a student at a correspondence school, while her popular fraternal twin brother Yuta is away at an academy.

Until her brother wants to switch places with her, that is.

Her brother has fallen in love with a woman who’s going to Australia, and he can’t stand to be left behind. His solution? Since he and Mio look so much alike, they’ll pretend to be each other. Mio will go to an all-boys’ dormitory and Yuta will do her correspondence schoolwork while in Australia.

Men’s Life — Her Secret Life in the Boys’ Dormitory is from Ayu Watanabe, the mangaka behind the popular manga LDK. (In fact, you’ll even find a reference to her previous work slipped in.) In her afterword, Watanabe writes, “I feel like it’s an eternal theme for me to try to make classic scenarios fun.” That is the case here. It’s sort of the old Prince and the Pauper story of switching, but it’s done with a shojo bent, and of course the boy she’s rooming with is going to be dreamy.

Watanabe keeps the story light, silly and sweet, so it’s pretty characteristic of beach read shojo manga. The most serious part is Mio’s phobia of being around other people, and this is done in a sympathetic and recognizable way. In her afterword, the mangaka also promises that in the next volume, Men’s Life “will really start up.” This volume, then, is just set up, and it’s off to a cute start. This is a digital-only release.

FunimationCon Holds Deca-Dence, By the Grace of the Gods, Fire Force Premieres
What Is Kizuna AI’s Original Voice Actress up to Now?