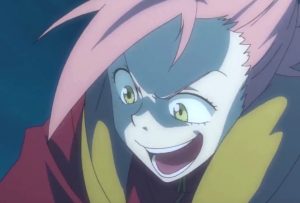 FLCL fans have a lot to look forward to, with a pair of long-awaited followups coming to Adult Swim this year. We’re not far out from the first, FLCL Progressive, which hits the anime programming block on June 2 at midnight. Ahead of that, it’s time for another behind-the-scenes video, this time introducing (and reintroducing) us to the English dub voice actors.

Appropriately enough, it all starts with an introduction by Kari Wahlgren, who is returning to her first ever anime role after 18 years to voice Haruko once again.

If you missed the first behind-the-scenes video, you can watch it here.

How Many Anime Moms Can You Name In This Mother’s Day Illustration?
Luffy Bounds into Action for One Piece Stage Performance Ad