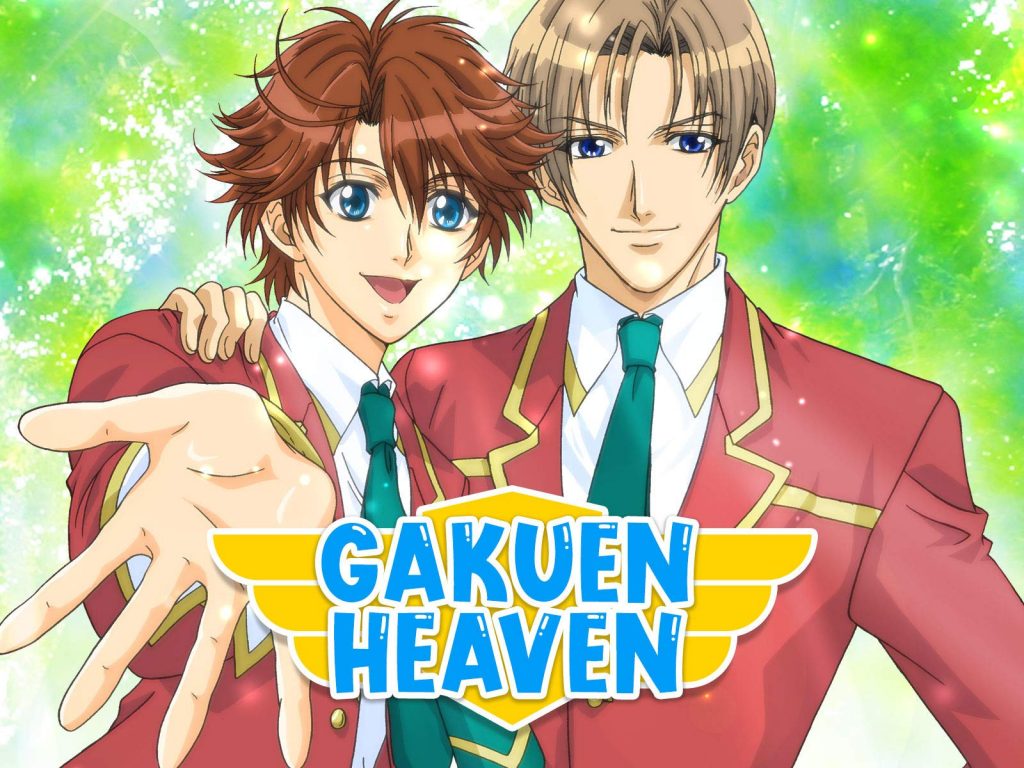 A winter storm is keeping many people at home, but it’s not keeping Media Blasters from working. The company previously released the BL anime Gakuen Heaven (Heaven Academy) on DVD, and what’s this we hear about a Blu-ray being announced?

While we can not get into the factory with this Nor'easter here, started work on the annoucement and authoring of Gakuen Heaven blu ray. Found this fan video with lots of great images from the show I have never seen before. #mediablasters #gakuenheavenhttps://t.co/cq2k5O3BJE

The video attached shows plenty of imagery starring the main characters. Gakuen Heaven began as a game and launched off into a manga series written by You Higuri, as well as a 13-episode anime. This is the official description given for the series:

“Ito Keita has one thing in his favor: luck! And luck has just landed him a special invitation to attend the Bell Liberty Academy for Boys, an exclusive high school only for the most privileged, the most talented, and the most beautiful. When a strange accident on move-in day attracts the attention of Niwa Tetsuya, the student body president, and Saiyonji Kaoru, the class secretary, Ito finds himself the center of attention. With the eyes of a whole school of pretty boys on him, where will Ito find the time to unravel the mystery of his invitation?”

Lupin III: The First’s Writer/Director Talks About Making Lupin 3D CG
Anime Cliffhangers That Have Left Us Wondering to This Day