Manga Piracy Ringleader Sent Back to Japan for Formal Arrest 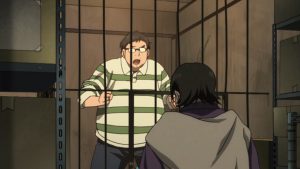 It’s been a couple months since Japan’s most notorious manga pirate, Romi Hoshino, was arrested in the Philippines. There have been plenty of developments in the story since, and the latest has Hoshino back in Japan as a result of a forcible repatriation flight from Manilla to Narita International Airport.

Hoshina was then flown to Fukuoka and delivered to a prefectural police facility in Fukuoka City, where he is currently being held. After discussing the case with his legal counsel, Hoshino plans to enter a formal plea.

Footage of Hoshino’s arrival in Japan:

Here’s what Atushi Ito, chairman of Japan’s Publishing and Advertising Center’s anti-piracy division, had to say about Hoshino’s repatriation:

“Manga Mura, the worst pirate site in history, caused great damage to the culture of publishing and all authors. Through [Hoshino’s] arrest, I hope that the site’s sources of income and methods of operation will be thoroughly exposed, and that no other such site will ever arise.”