Manga About Baby General Manager Getting an Anime 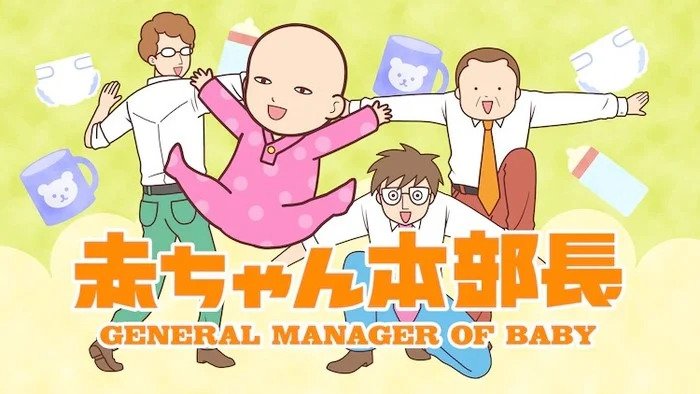 The comedy manga General Manager of Baby is getting an anime adaptation. The story follows a 47-year-old general manager who transforms into a baby but is still able to keep his intelligence, and therefore his job.

The anime will debut shortly after midnight on March 29. Episodes are only five-minutes long, and eight are being made. NHK Enterprises, NHK, and Telecom Staff are all working together as producers. Ken Yasuda plays the general manager baby.

The manga debuted in Kodansha’s Baby Mofu web magazine back in 2017, and the series finished in February of last year.

A-Kon in Dallas Cancels 2021 Con, Promises to Be Back
Totoro Handbags Are Coming From LeSportsac Inc.