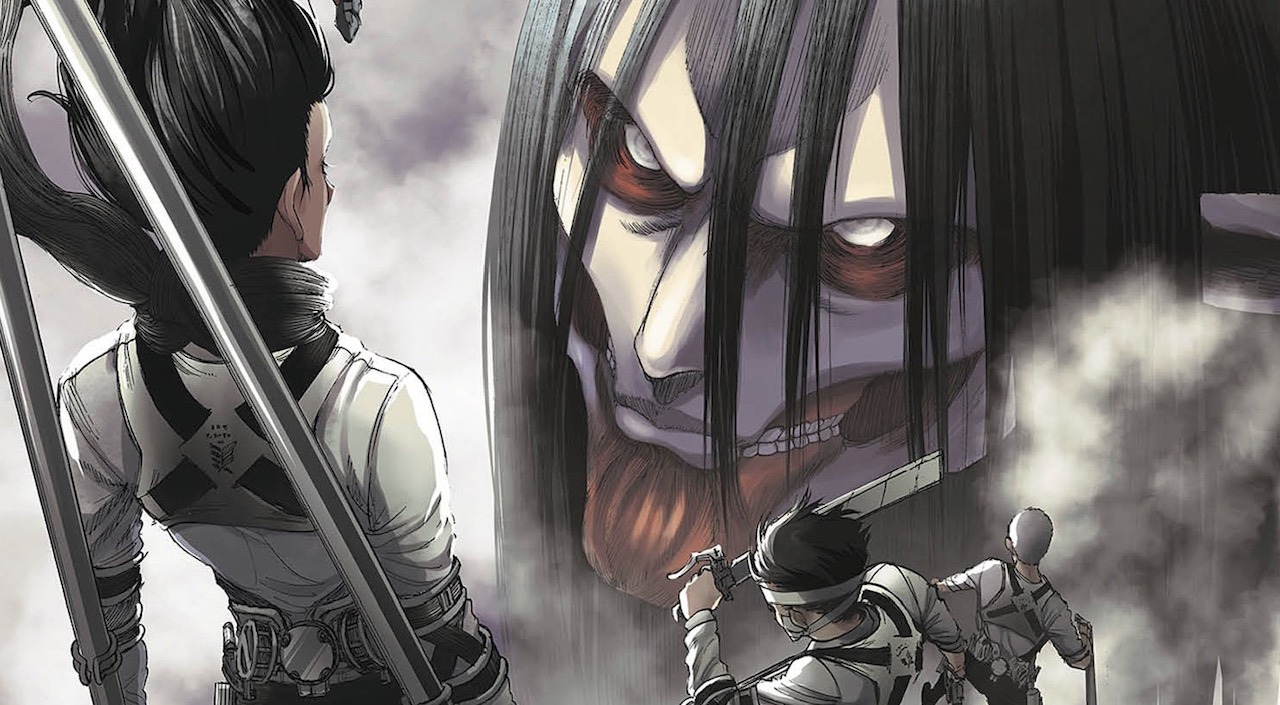 It isn’t often that a weekly or monthly manga magazine sells so well it needs to be reprinted, but that’s exactly what happened to the Bessatsu Shonen Magazine issue with the final chapter of Hajime Isayama’s Attack on Titan manga. The latest installment of the monthly magazine hit shelves in Japan on April 9 and quickly sold out, leading to a recently announced reprint.

The reprinted version of the magazine will come with a special bonus clear file to celebrate. Here’s the cover of the May 2021 issue: 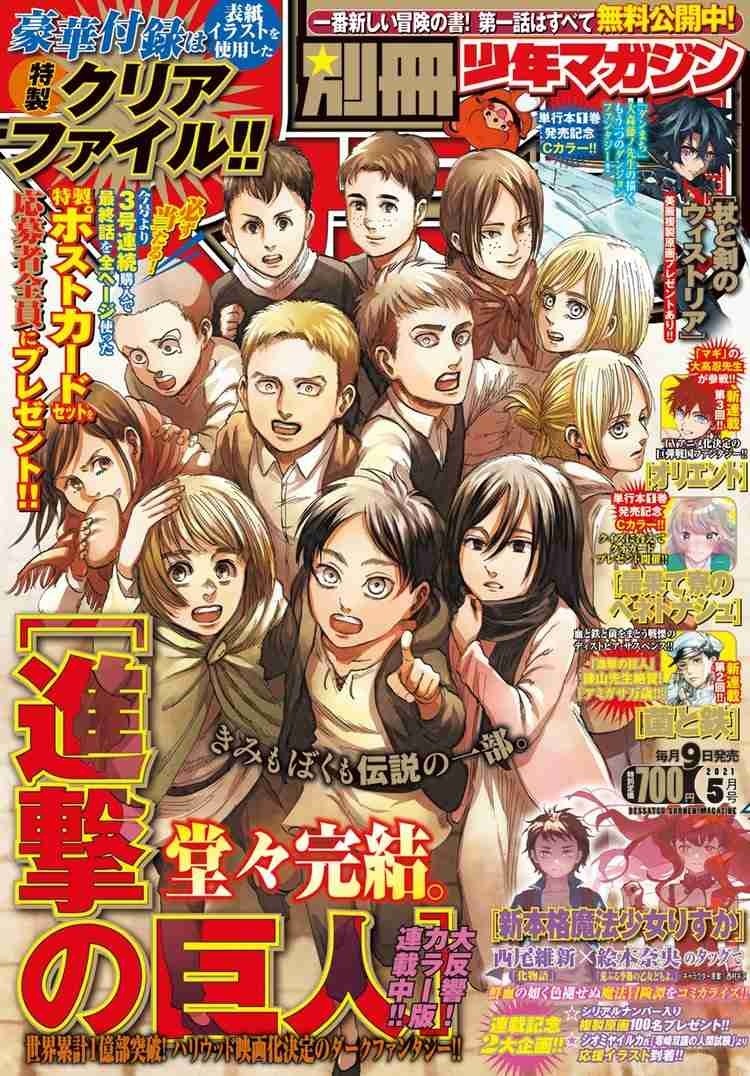 The Attack on Titan manga kicked off in September of 2009, and the final collected volume is scheduled to launch in Japan on June 9. The continuation of the Attack on Titan Final Season anime arrives when episode 76 premieres this winter.