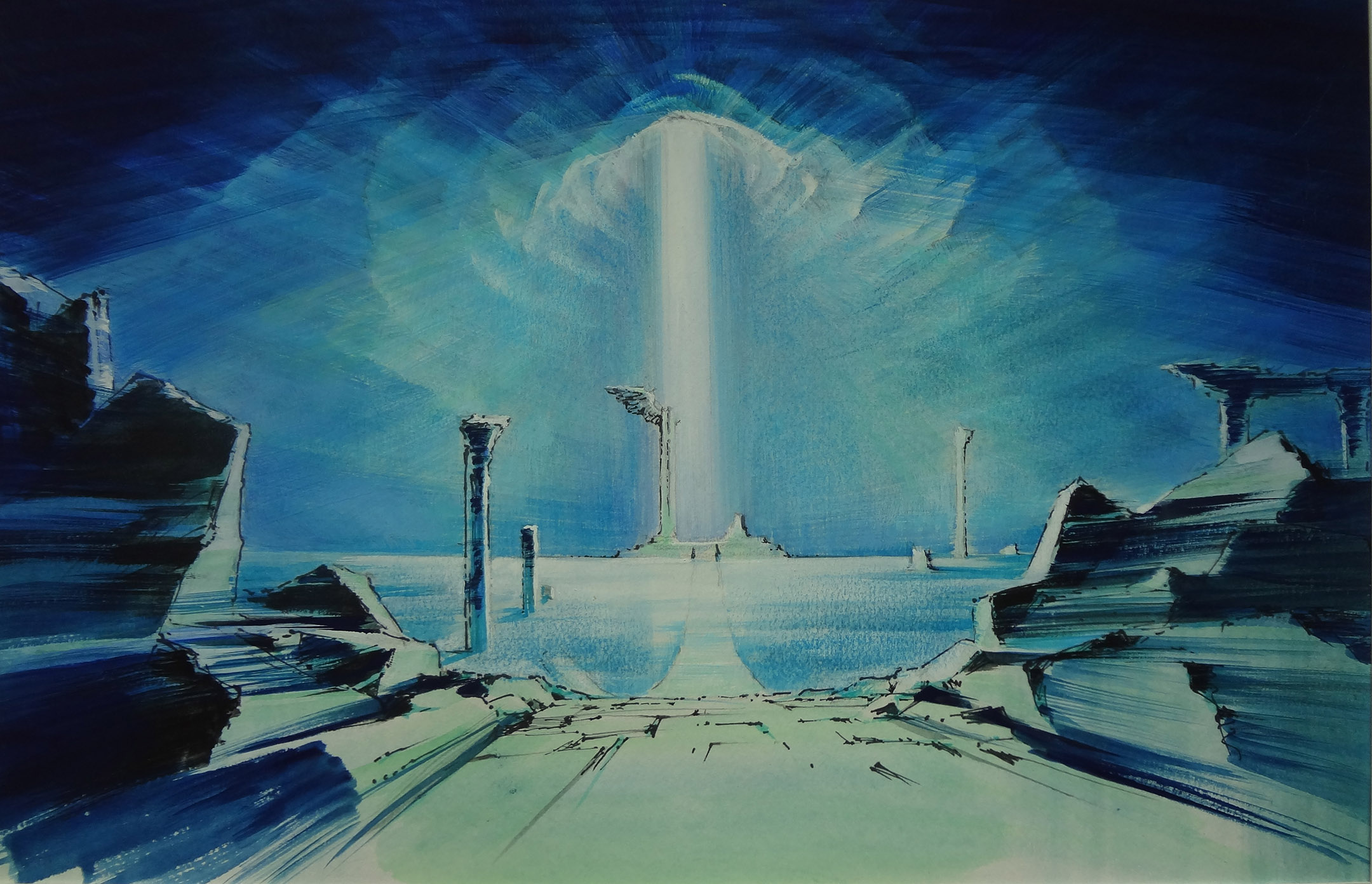 Artist Shichiro Kobayashi, who passed away earlier this year at age 89, always wanted to have a solo art exhibition in New York. He will be receiving that posthumous honor with the upcoming SHICHIRO KOBAYASHI: DRAMA OF LIGHT AND SHADOW exhibit, located at The Nippon Gallery (145 W 57th St, 7th Fl, New York, New York). It will consist of his anime background drawings and paintings.

Kobayashi got his start creating background art for Space Patrol Hopper in 1964. After that he worked on a ton of anime TV shows and movies, including but not limited to Lupin the Third: Castle of Cagliostro, Tomorrow’s Joe 2, Golgo 13, Urusei Yatsura 2 and 3, Lupin the Third: The Fuma Conspiracy, The Venus Wars, Revolutionary Girl Utena, Berserk, Pikachu Excavation and Pikachu Hide and Seek.

He closed Kobayashi Productions back in 2011, but continued to create art, this time concentrating on his own paintings.

Ghost in the Shell director Mamoru Oshii praised Kobayashi’s work, saying, “It was a cultural shock to learn how Kobayashi created his background drawings. I knew nothing about the layout until then. He creates the drawing based on the theory.”

And director Tomomi Mochizuki has said, “Only with Kobayashi’s backgrounds does the animation world exist, filling up with ‘air’ in the screen…. The way he creates light and shadow is completely original, and it is his signature style. His techniques are excellent, and once we make a video out of his drawings, it will create space, even when he did not paint fully on the paper.”

The exhibit was organized by Atelier Koba, Yasuko Kobayashi, J’SHA, with producing credit going to Akemi Ozawa (ACTIVISION). Its pieces were curated by Kyoko Satō, Sayaka Kawazoe and Akemi Ozawa. SHICHIRO KOBAYASHI: DRAMA OF LIGHT AND SHADOW is being made with cooperation from Anime NYC, General Incorporated Association Manga Art, and General Incorporated Association Dreamers. Eluasti Maroin made the exhibit possible, with additional support from Koshin Rentals.

The exhibit opens on November 16 and will stick around until November 22. It will not be open on Sunday, November 20.