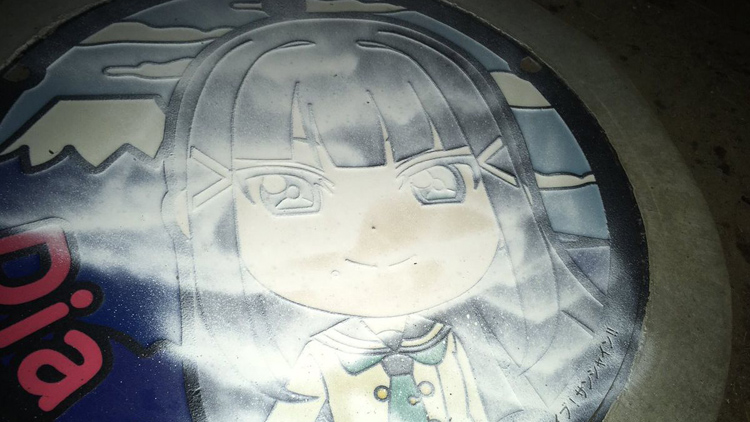 Bright summer weather here in Japan—but no sunshine for the denizens of Numazu, Japan, who are walking around with manhole-sized holes in their hearts.

Last week, we reported on a few maniacal Love Live! anti-fans vandalizing Numazu’s Sunshine!!-themed manhole covers—or at least pretending to. But since then, one or more real vandals have appeared, doing serious damage to several of the kawaii sewer covers.

No more of this, said Nuzamu. The city has removed all nine manhole covers indefinitely while they investigate this rash of anti-Liver terrorism.

Listen… think about how you’re using your life. You’re wasting your life spray painting manhole covers. If you don’t snap out of it, if you don’t shift your way of thinking, you’re going to have a pointless life until you die.

May peace and sunshine quickly return to Nuzamu.