Live the Adventure in Naruto Shippuden: The Board Game 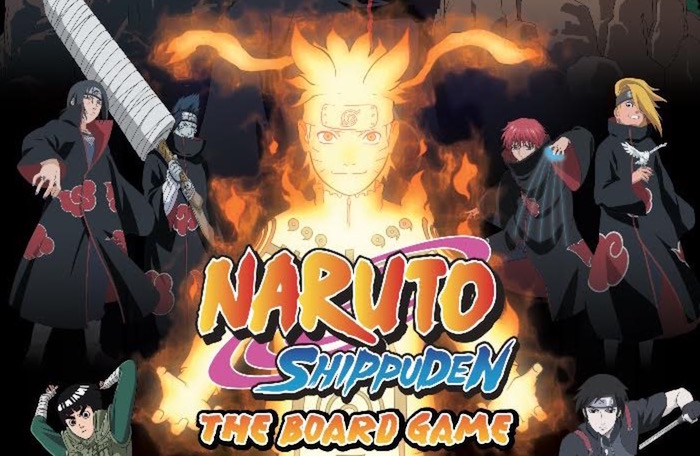 was published this summer by Japanime Games. In the game, you play as one of your favorite characters from the Naruto Shippuden series and attempt to stop the Akatsuki from hunting Jinchuriki: humans who are host to tailed beasts. If successful, the Akatsuki will use the beasts inside their victims to power their ultimate weapon: The Gedō Mazō.

Team up with your friends and play as one of six characters from the series, each wielding a distinct set of Jutsu to battle against the Akatsuki. Naruto uses powerful Chakra techniques and long ranged explosive attacks. Shikamaru utilizes paralyzing shadow Jutsu. Rock Lee lacks the most Jutsu. However, he makes up for it with powerful Taijutsu techniques which injure him in exchange for dealing massive damage to enemies. Sakura may seem to be a standard healer, but when pressed can deliver melee damage with her Inner Sakura technique. Kakashi copies his allies’ moves in addition to tracking down and paralyzing enemies with his Fang Pursuit Jutsu. Last, but not least, Sai possesses the unique power of flight and can use it to position himself for devastating area of effect attacks!

Which character will you choose to play? Will your team be able to work together and put an end to the Akatsuki? Or will they succeed in powering The Gedō Mazō? Learn more about this game at

or look for it at your nearest game store.