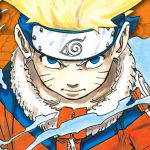 Work on the previously-revealed live-action Hollywood version of Naruto is still underway, and more information recently surfaced thanks to a Collider interview with director Michael Gracey (The Greatest Showman). According to Gracey, they’re currently working on the script, and he wants to get it to a point where creator Masashi Kishimoto will be excited about it.

Gracey is aware of the pitfalls of Hollywood adaptations of manga and anime source material, so it seems he’s playing it safe here. If the script doesn’t end up at the right level, he says he has “no interest in destroying an amazing franchise.”

We’ll have to see if they end up cracking the script. In the meantime, here’s some of what Gracey had to say. You can check out the full Collider post for the rest.

“I don’t know [if it will be my next film], to be honest. You know Kishimoto, who created the original series, he’s just a genius. So many Hollywood adaptations of really popular manga series just don’t get it right, and for me what was really important was that if I was gonna do Naruto, I wanted to actually work with Kishimoto and get a script to a stage where he would look at it and be excited about realizing it. Because no one knows the world better than the person who created it.”

As previously reported, Red‘s Jon and Erich Hoeber are working on the script’s rewrite, and the film is being produced at Avi Arad’s Arad Productions.

DIVE!! Comes to Life in Stage Play Visual
Is It Wrong to Try to Pick Up Girls in a Dungeon? Game Hits Mobile