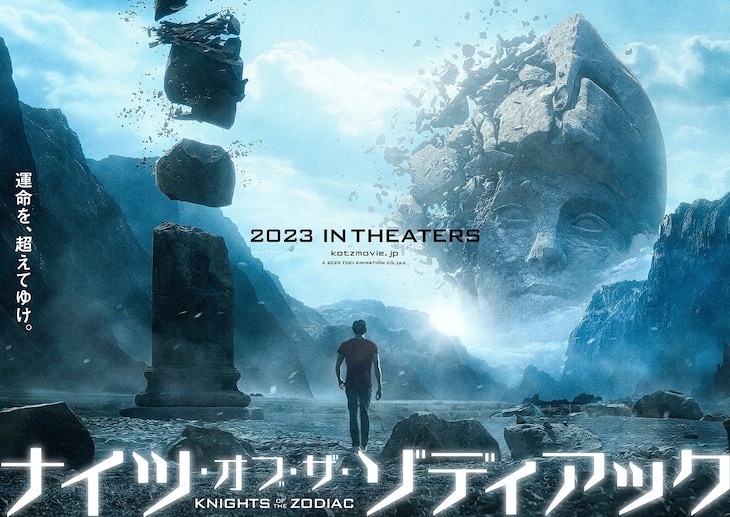 Knights of the Zodiac, also known as Saint Seiya, is coming to a big screen near you in 2023. Now we’ve got our first peek at the film thanks to a fresh bit of key art and a teaser trailer.

Tomasz Baginski (The Witcher) is directing the adaptation, based on a screenplay by Josh Campbell and Matt Stuecken (10 Cloverfield Lane). Andy Sheng (Shang-Chi and the Legend of the Ten Rings) handles the stunt and fight coordination, and the film is produced by Toei Animation and Sony Pictures Worldwide Acquisitions.

The original Saint Seiya manga by Masami Kurumada, which ran from 1986 to 1990, is one of the best-selling manga of all time. Here’s how Viz describes the first volume:

In Greek mythology, Athena, the daughter of Zeus, was born in full armor. By birthright the goddess of battle, she did not believe in conquest, and only fought defensive wars. Her battles with bloodthirsty gods and giants shook the very earth and seemed to last forever. On the battlefield, there were a group of youths that always surrounded and protected the goddess: the Knights of Athena! Flash forward to modern-day Greece: two Japanese tourists are shocked to see a mansized meteorite crash to the earth before them. It turns out to be young Seiya. Seiya must train harder than ever if he is to survive his match with the brutal Cassios! Whoever wins will receive the greatest prize known to man: the incredibly powerful Pegasus Cloth!