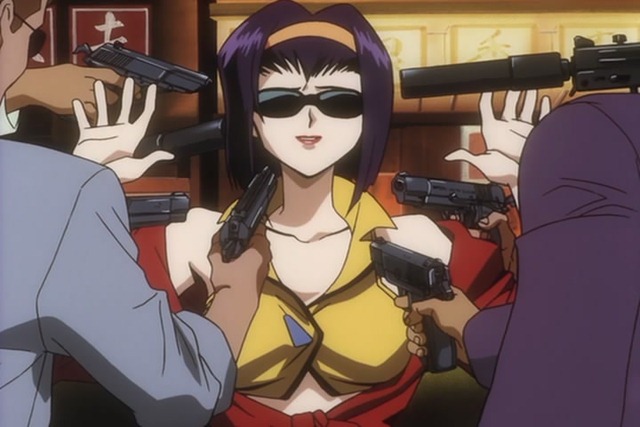 Talk about an adaptation of acclaimed anime series Cowboy Bebop is officially out in the open again, and this time Tomorrow Studios, Midnight Radio, and Sunrise are teaming up for a live-action TV series. In addition to the producers that have been announced—including Tomorrow Studios’ Marty Adelstein (Prison Break) and Becky Clements (Good Behavior), among others—Cowboy Bebop has a writer in Thor: The Dark World and Thor: Ragnarok‘s Chris Yost.

Here’s what Adelstein had to say about the project:

“We are excited to work with Sunrise in bringing this beloved anime to the U.S. and global marketplace as a live-action series” … “The animated version has long resonated with audiences worldwide, and with the continued, ever growing, popularity of anime, we believe a live action version will have an incredible impact today.”

The Shinichiro Watanabe-directed Cowboy Bebop anime originally ran for 26 episodes from 1998 to 1999. Here’s a brief synopsis of the story from Crunchyroll, which streams the series:

The Bebop crew is just trying to make a buck. This motley lot of intergalactic loners teams up to track down fugitives and turn them in for cold hard cash. Spike is a hero whose cool façade hides a dark and deadly past. The pilot Jet is a bruiser of a brute who can’t wait to collect the next bounty. Faye Valentine is a femme fatale prone to breaking hearts and separating fools from their money. Along for the ride are the brilliant, but weird, hacker Ed and a super-genius Welsh Corgi named Ein.