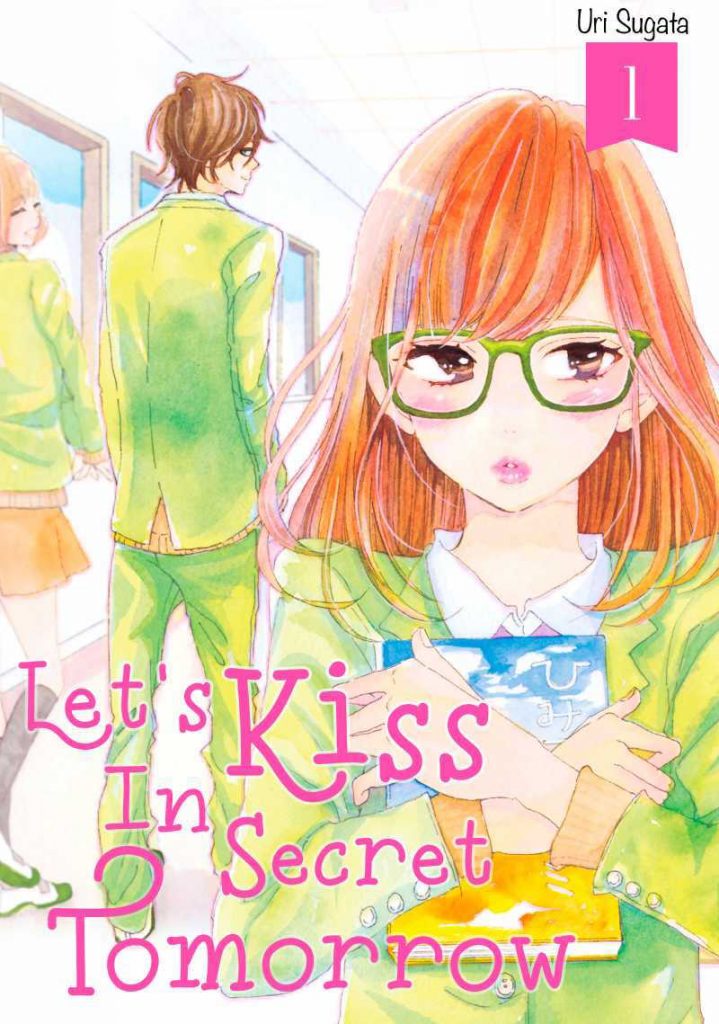 Saya and Yuto were friends in middle school. Saya was relatively popular, but Yuto was a shaggy, bespectacled nerd ignored by other students. The two of them like playing video games together and he suggests they date. Why not?

But when high school starts, Yuto has gotten a makeover and all the girls think he’s extremely sexy. They notice that he and Saya seem to know each other, so Saya starts getting asked questions about Yuto. Based on what she’s read in shojo manga, Saya believes that if she acknowledges they’re boyfriend and girlfriend, the other girls will harass her. There’s one girl in particular whom she considers a rival. So she convinces Yuto—who thinks this is all ridiculous—that they’ll pretend they’re not actually an item. Now Saya changes her look to be nerdy (which basically means she starts wearing glasses—this is not the type of manga where a character’s glasses are part of their attractiveness).

Yuto goes along with the charade, and now their “dates” are when they play computer games together at night. They’re each playing in their own home, but they kiss the screen and this gets Saya all twitterpated. Then she gets hurt at school and Yuto—in the usual shojo fashion of the heartthrob just being that cool—leaps out of a two-story window to carry her in his arms to the infirmary.

Saya is still desperate to keep their secret, and after a while, she has to self-reflect on why she’s living this lie and why she can’t commit. Meanwhile, rumors are spreading about who Yuto is actually dating, and rumors, especially in high school, can get out of hand. Someone gets a photo of Saya (from the back) hanging out with Yuto, so as soon as the students figure out whose hair and back they see in the image, they’ll know that Saya has been lying.

Let’s Kiss in Secret Tomorrow is light and flirty, aimed for 13+. Saya’s need to lie about the relationship feels a little confusing, but then her reflections about it start to reveal more of a thoughtful, complex character who is very insecure. Despite his leap through the window, Yuto is generally more of a realistic, down-to-earth character, and he’s quite likable. Like Kodansha’s The Dorm of Love and Secrets, this is a digital-only title and has the quick, light pace of a beach read.