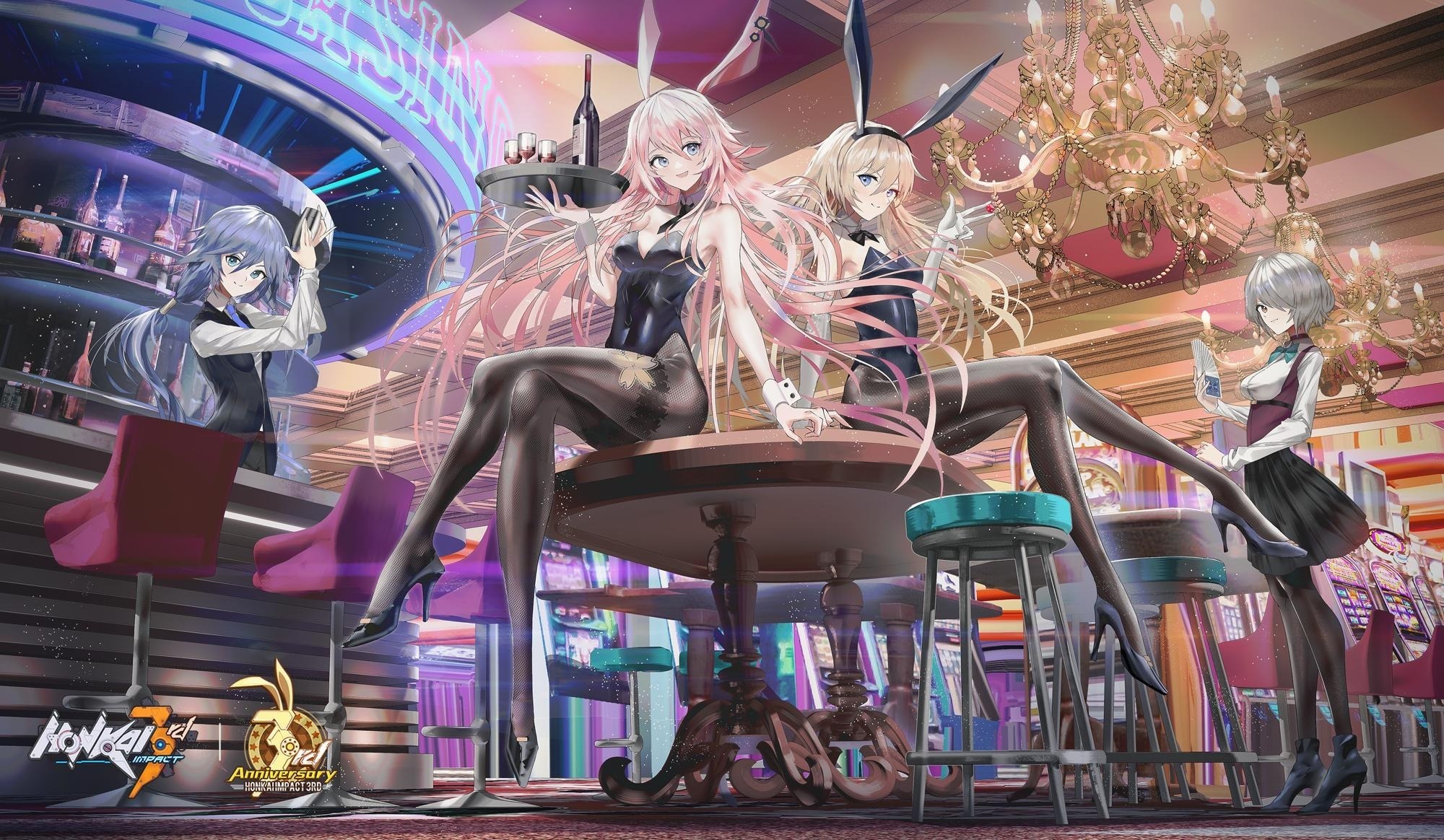 In further evidence that some people need to take a break from mobile gaming and stop taking gacha mechanics so seriously, a knife-wielding attacker was recently arrested at the Shanghai offices of miHoYo, the developer behind hit game Genshin Impact. While this is a very serious situation, it could have been much worse, as the man was allegedly attempting to kill the company’s founders and himself in an act of revenge.

The reason behind that revenge? According to reports from Chinese news outlet Baidu, the man’s alleged attempt at violence on April 24 centered on another of the developer’s hit games, Honkai Impact 3rd. The free-to-play game celebrated its third anniversary with a video featuring the cast in bunny girl outfits, advertising skins and dance emotes as paid DLC that was only to be made available outside of China.

The folks at miHoYo ended up abandoning the event after outcry from the community—both in regards to its availability and claims that the costumes didn’t fit the style of the cast—and the attacker reportedly confirmed this controversy as the key motivation.

Neither the police nor miHoYo have confirmed those last details about the attempted attack, but either way it’s a scary incident that we hope never happens again.