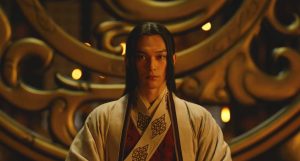 Next up for the live-action treatment is Kingdom, the manga series by Yasuhisa Hara that has been running in Weekly Young Jump since 2006. The tale of China’s Warring States period is coming to the big screen courtesy of go-to adaptation director Shinsuke Sato, who previously helmed live-action versions of Gantz and Bleach, and it’s currently set for an April 19, 2019 premiere in Japan.

A release outside of Japan has yet to be announced, but for now you can check out the first full trailer below.