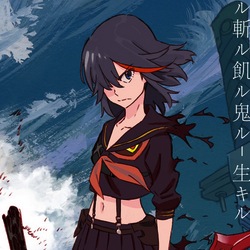 Adult Swim’s action animation block Toonami will be having a Kill la Kill marathon to celebrate Memorial Day. The announcement came from the block’s official Tumblr.

The block will start at the normal time at midnight on May 24th. It’ll start off with Dragon Ball Z Kai as usual but following that will be six consecutive episodes of Kill la Kill. Toonami will then revert to its regular schedule the following week. Toonami will be showing episodes 10-15, so if you’ve been meaning to catch up on the English dub, this would be the time to do it.