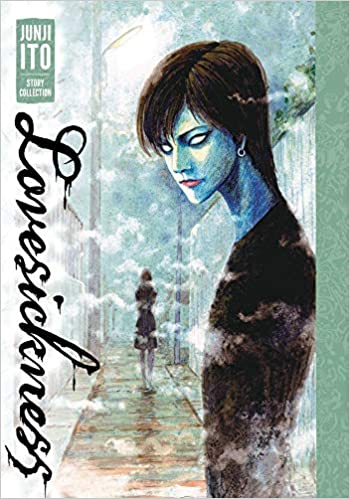 Junji Ito’s Lovesickness is billed as a “story collection.” It’s set up in three parts. The first part is the titular Lovesickness part, which is broken up into stories (or chapters) titled “The Beautiful Boy at the Crossroads,” “A Woman in Distress,” “Shadow,” “Screams in the Night” and “The Boy in White.”

This part follows Ryusuke as he and his family move back to Nazumi, a town where they had lived during Ryusuke’s early childhood. It’s a town that often gets foggy, and people in it are obsessed with an ancient form of fortune telling where you ask the first person you meet at the crossroads during a fog to tell your future.

Years ago, when Ryusuke was a child, a woman in a desperate situation asked his fortune for her future, and he, not wanting to deal with it, told her something negative. The next day the woman committed suicide by cutting her throat with a box cutter, and Ryusuke is haunted that his bad fortune made her do it. Now, in the present time a number of girls keep meeting a handsome, earringed man (whom you can see on the cover) and he gives them terrible fortunes about their love lives. In response, the girls keep killing themselves by slitting their throats with box cutters. Ryusuke believes it’s connected to the earlier woman’s death.

After this we have four unconnected short stories: “The Mansion of Phantom Pain” (a very claustrophobic story), “The Rib Woman” (a very creepy and cringe-inducing story about what women will go through to look a certain way) and “Memories of Real Poop” (a not-so-scary short story about a boy getting fake poop from a festival).

All told, this comes out to just over 400 pages. Explanations usually aren’t given for the haunted things happening to characters, but instead Ito creates nightmarish immediacy in the madness of his stories, a style that will be familiar to people who have read his other work. The stories are creepy and addicting, just as to be expected from Ito, who is one of Japan’s most successful horror mangaka. Recommended for fans of horror manga and for fans of Junji Ito in particular. 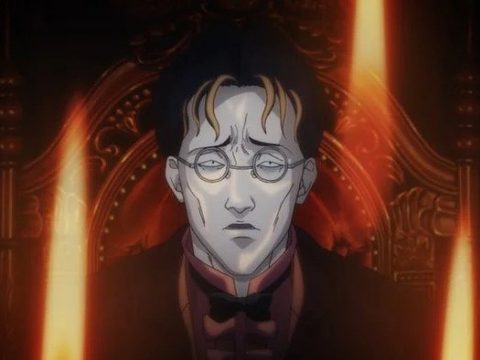