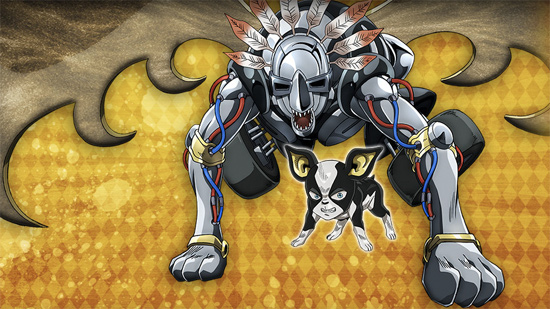 Lately it really feels like something’s been missing. Hm, can’t quite place my finger on it…

Now our collective appetites have been whet even further (wheter?) thanks to Warner Bros. Japan, who just released a teaser video on the YouTubes.

Coffee-flavored bubblegum-loving dog Iggy will be joining the cast in part III, and will be played by Misato Fukuen (Strike Witches, Durarara!!).

Ack, “Walk Like An Egyptian” is stuck in my head all over again…