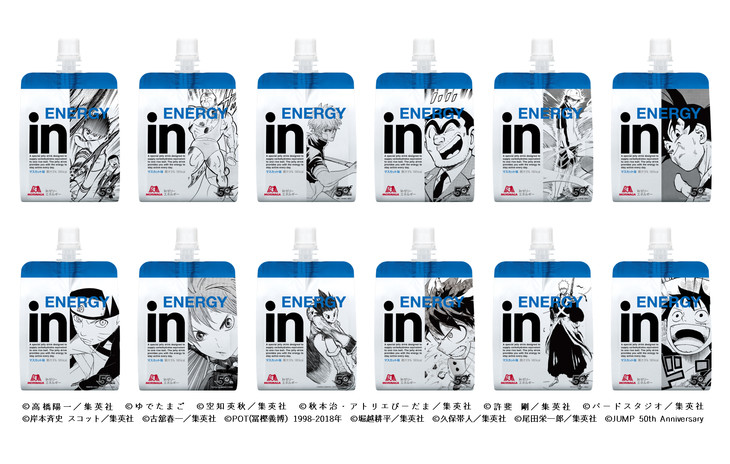 Here in Japan, if you’re in a rush and need a quick charge, you can grab packs of goo called Weider In Jelly that contain about 200 calories of quick energy goodness.

The packs themselves look pretty plain, but that’s about to change thanks to a PR campaign that has Weider in Jelly teaming up with Shonen Jump.

From October 1 to 31, the jelly packs will display the faces of Shonen Jump characters from over the years, including heroes from Dragon Ball, One Piece, Naruto and more. All together 20 manga series will be featured, and there will be five designs from each of those manga. It’s been a while since we were in math class, but that sounds a lot like 100 designs in total.

It also looks like 1,000 customers will be able to receive a commemorative set of six jelly packs by following the official Twitter feed and tweeting their favorite designs with a hashtag.

A promotional video for the collaboration shows a bunch of Shonen Jump heroes that could really use some energy-filled goo.