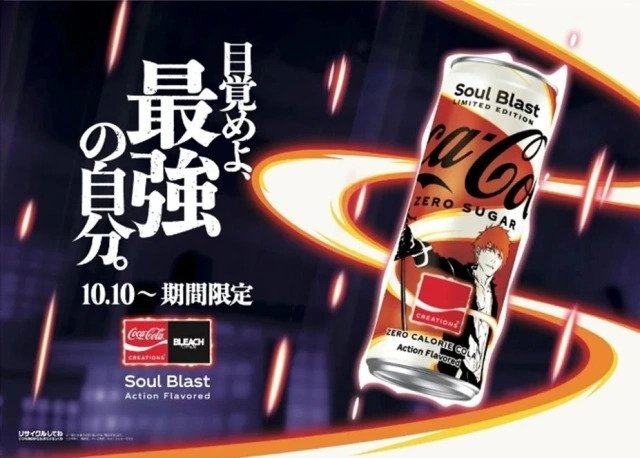 It’s pretty common knowledge that you shouldn’t drink bleach. That is, unless it’s a Coca-Cola drink themed for the anime Bleach, and not the toxic chemical compound sodium hypochlorite that we find in many cleaning items.

In America we have things like Cherry Coke or Vanilla Coke, in Japan they now have Soul Blast Coke. This is a direct connection to Bleach and its Soul Reapers, though it’s not entirely clear what sort of flavor something called Soul Blast would have. Coca-Cola just says it has “action flavor.”

The cans have an image of protagonist Ichigo, and marketing says that the soda will aid you to “become the strongest version of yourself possible.”

There’s also one especially exceptional place to buy Soul Blast Coke. That’s at a vending machine in the Shinjuku neighborhood, in Tokyo. This vending machine, which was brought to us by Coca-Cola, Bleach and Japanese business Atmos, has pre-recorded Ichigo’s voice so that it sounds as if he’s talking to you. With the vending machine is a temporary pop-up store that has Bleach Coke merchandise, like key holders, acrylic character stands and T-shirts.

While these special items are only available at that store, the Soul Blast Coke will be on sale throughout Japan.

Here is the synopsis for Bleach: Thousand-Year Blood War:

Ichigo Kurosaki gained the powers of a Soul Reaper through a chance encounter. As a Substitute Soul Reaper, Ichigo became caught in the turmoil of the Soul Society, a place where deceased souls gather. But with help from his friends, Ichigo overcame every challenge to become even stronger.

Led by Yhwach, the father of all Quincies, the Wandenreich declare war against the Soul Reapers with the following message: ‘Five days from now, the Soul Society will be annihilated by the Wandenreich.’ 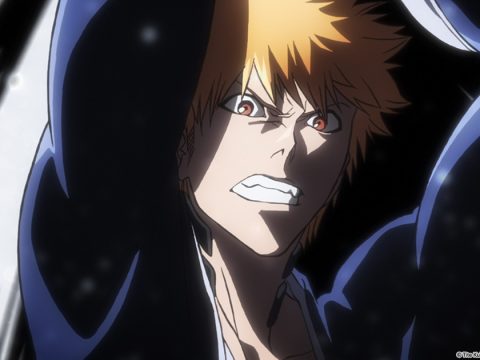