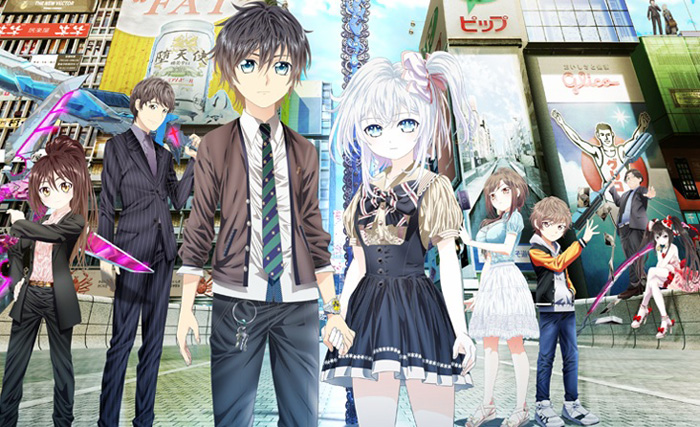 Here’s a one (room) two punch for you: two trailers for new anime series debuting January 11.

First up, it’s Hand Shakers, which, despite the similar naming scheme, is not the sequel to Flip Flappers. No, Hand Shakers is an original TV anime from GoHands about young folks who can summon weapons from their psyche by, you guessed it, shaking hands (actually, just touching will do, it seems).

The unique character designs for Hand Shakers, which takes place in Osaka, are by Takayuki Uchida, longtime GoHands animator whose only previous character design credit is for the OAV Asa made Jugyo Chu!.

The series is co-directed by Shingo Suzuki and Hiromichi Kanazawa, who previously worked together on K and Coppelion.

Up next is One Room, a series about Yui Hanasaka, a high schooler from Hokkaido who comes to Tokyo to take her college entrance exams. She’s played by fan favorite voice actress M.A.O, who also performs the theme song.

One Room is animated at studio Typhoon Graphics.

The weather, at least where we’re sitting, is distinctly chilly, but we’re heating up thinking about all the new anime coming next season.