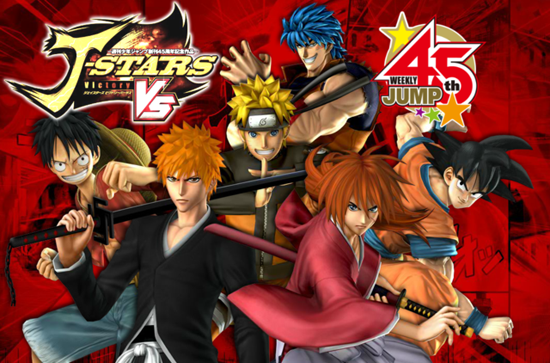 If there’s one thing J-Stars Victory Vs. delivers on right off the bat, it’s celebrating the 45th anniversary of Weekly Shonen Jump magazine. If you’re a fan of even a small portion of its properties you’ll find something you recognize here, and it doesn’t shy away from mashing the most unlikely pairings together over the course of its seafaring adventure mode. At its core, though, J-Stars Victory Vs. is a fighting game, and like many of the Shonen Jump crossovers that came before it, it does an okay job at pulling off memorable showdowns.

Pretty much everyone will want to hop into the J-Adventure mode before anything else. The main campaign is set in Jump World, which, as you might guess, is a big melting pot of all the various characters’ respective universes. From the start you can choose to play the Motion Chapter with Luffy, Ace, and Seiya; the Hope Chapter with Naruto, Yusuke, and Gon; the Research Chapter with Toriko, Zebra, and Goku; and the Pursuit Chapter with Ichigo, Oga, and Hiei. 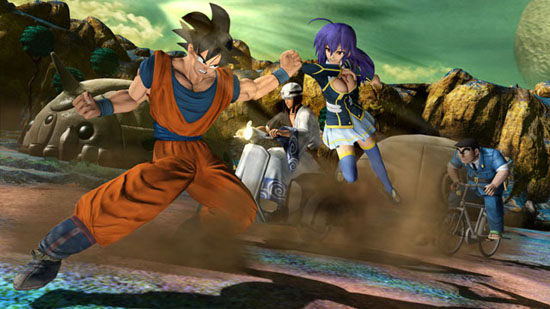 Each one will have you learning the ropes of battle before setting off across the world map to engage in quests, meet and unlock new characters, and even encounter a few not-so-random battles with other seafaring adventurers. As tends to be the case with fighters that boast expansive rosters, unlocking everyone can be kind of a slog, so you’ll likely want to pace yourself lest you get burned out on J-Stars too quickly. Mileage will vary from player to player, but I tend to hit my limit at around four or five successive matches, which all blend together until you start facing off against fresh foes. The satisfaction of controlling the J-Stars varies, too, so you’ll want to focus on those with attacks that really scratch that itch. Naruto’s Shadow Clone attack, for example, is really fast, well-animated, and fun to use on your opponent.

One thing the game lacks is a sense of weight, or even presence in and interaction with the environments. Characters go careening through buildings, reducing them to rubble, and that’s always exciting. But it kind of reduces the “wow” factor of the fight when the buildings crumble in big deliberate chunks without any indication that they were made of anything stronger than gingerbread. The same goes for other aspects of the levels, from the stiff leaves of Toriko’s vegetable playground to the effect-free water of the Dragon Ball Z stage. It makes it seem more like an action figure playset than a living, breathing world from one of your favorite series. 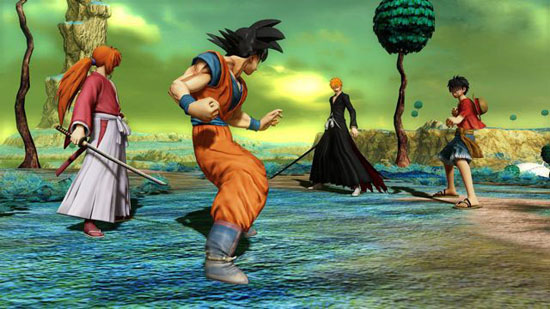 Playing on PlayStation 3 should be a pretty normal experience, control-wise, but taking the action with you on PS Vita takes a little getting used to. Since Vita is missing some crucial buttons with the lack of L2 and R2, functions of those have been switched over to various panels on the touch screen. The screen is essentially divided into quarters, with each one used for important things like calling in your support character, pulling off special moves, and switching lock-on targets. The rest of the controls are pretty self-explanatory, and the sparse opening tutorials do a decent enough job of laying them out if you can at least read a little katakana.

Speaking of which, this is a fairly import-friendly game for anyone regardless of Japanese language skills. Of course, you’ll be missing out on the story, and pretty much all of it is done through written dialogue between mostly static characters, but if you just want to fight, fight, fight, that’s not a big deal. Even if the most basic of katakana is beyond you, you can always hop online and learn the controls that way. Just be aware of what you’re getting into with J-Stars and it’ll be smooth sailing. 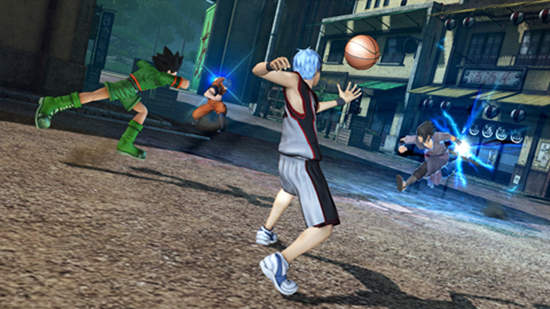 How much you get out of that sailing will, as previously stated, largely fall back on how much the fighting system clicks with you. Playing via ad-hoc is always an option if you want to mix it up with someone nearby who owns the game, and online matches can be found pretty easily, with mixed results in connecting. When they did kick in, they ran smoothly enough, and were certainly more exciting than going up against the computer for the thousandth time. Either way, there are plenty of modes—from adventure to Victory Road, free battle, and so on—and enough stuff like cards and other non-character items to unlock and purchase with in-game funds to keep the most obsessive player busy for quite some time.

The thing about games like J-Stars Victory Vs. is they’re mostly pure fan-service by design. If the thought of blending characters ranging from worldwide heavy-hitters like One Piece, Dragon Ball Z, Naruto, and Bleach to more Japanese mainstays like the insanely long-running (and still ongoing) Kochira Katsushika-ku Kameari Kōen-mae Hashutsujo, AKA Kochikame, really revs you up, and balance isn’t too much of a concern, then this should do the trick. I tend to get sucked into these games for at least a decent amount of time no matter what, and this one is certainly better than some of the past showdowns like Jump Ultimate Stars. 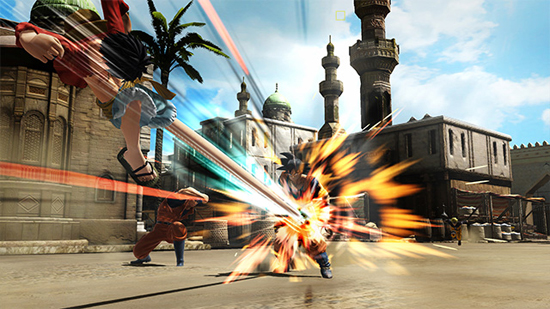 Come for the 45th anniversary celebration, and overstay your welcome well after all the confetti has fallen and bottles have been popped; just don’t expect a first-rate fighting game under all the discarded party favors.

Thanks to Play-Asia.com for providing a PS Vita copy of J-Stars Victory Vs. for review