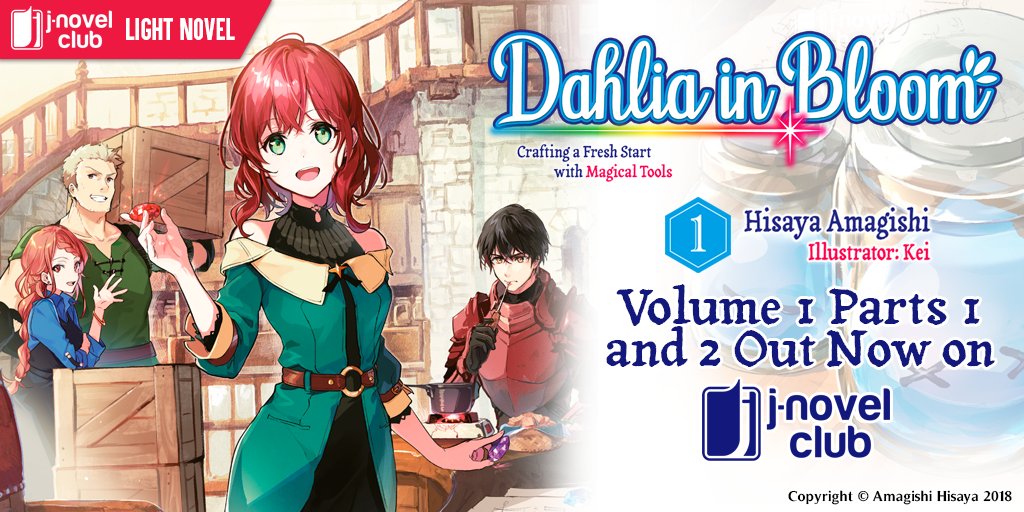 Many announcements were made over the weekend during Anime Expo Lite, and J-Novel Club chose to use the opportunity to reveal eleven new acquisitions. Two of the titles are manga series, eight are light novels, and one is a Pulp series.

Without further ado, here are the titles:

A Late-Start Tamer’s Laid-Back Life 1Chillin' in Another World with Level 2 Super Cheat Powers 1Dahlia in Bloom: Crafting a Fresh Start With Magical Tools 1Dragon Daddy Diaries: A Girl Grows to Greatness 1Hell Mode ~The Hardcore Gamer Dominates in Another World with Garbage Balancing~ 1Maddrax 1Min-Maxing My TRPG Build in Another World 1My Daughter Left the Nest and Returned an S-Rank Adventurer 1My Instant Death Ability is So Overpowered No One in This Other World Stands a Chance Against Me! —AΩ— 1Reborn to Master the Blade: From Hero-King to Extraordinary Squire ♀ 1The Reincarnated Princess Spends Another Day Skipping Story Routes 1