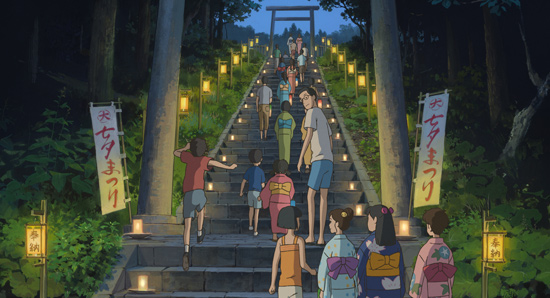 To coincide with the U.S. release of When Marnie Was There, director Hiromasa Yonebayashi has been interviewed by Time Out, and it’s definitely worth a read.

In the interview, Yonebayashi details many aspects of the film’s production, including the differences between Marnie and his previous film, Arrietty, the difficulty of animating water, and the inevitable influence of Studio Ghibli co-founder Hayao Miyazaki.

For those who have been keeping tabs on the story that broke last year about most of Ghibli’s staff being let go, the most interesting part of the whole interview might be when Time Out asks about the timing of the layoffs.

According to Yonebayashi, Ghibli uber-producer Toshio Suzuki informed Yonebayashi before the film’s release most of the staff would be dismissed.

This contradicts the common assumption that Studio Ghibli’s layoffs came as a result of Marnie’s poor box office performance, and that Yonebayashi quit the studio to take responsibility.

With this new knowledge, it appears the layoffs were a long thought-out plan to wind down the studio (at least temporarily) following the retirement of its most famous director and the completion of the long-gestating Princess Kaguya.

When Marnie Was There will expand from Los Angeles and New York to a handful of theaters on May 29 and even further June 5, so pump yourself up with this interview (and don’t forget our review!).