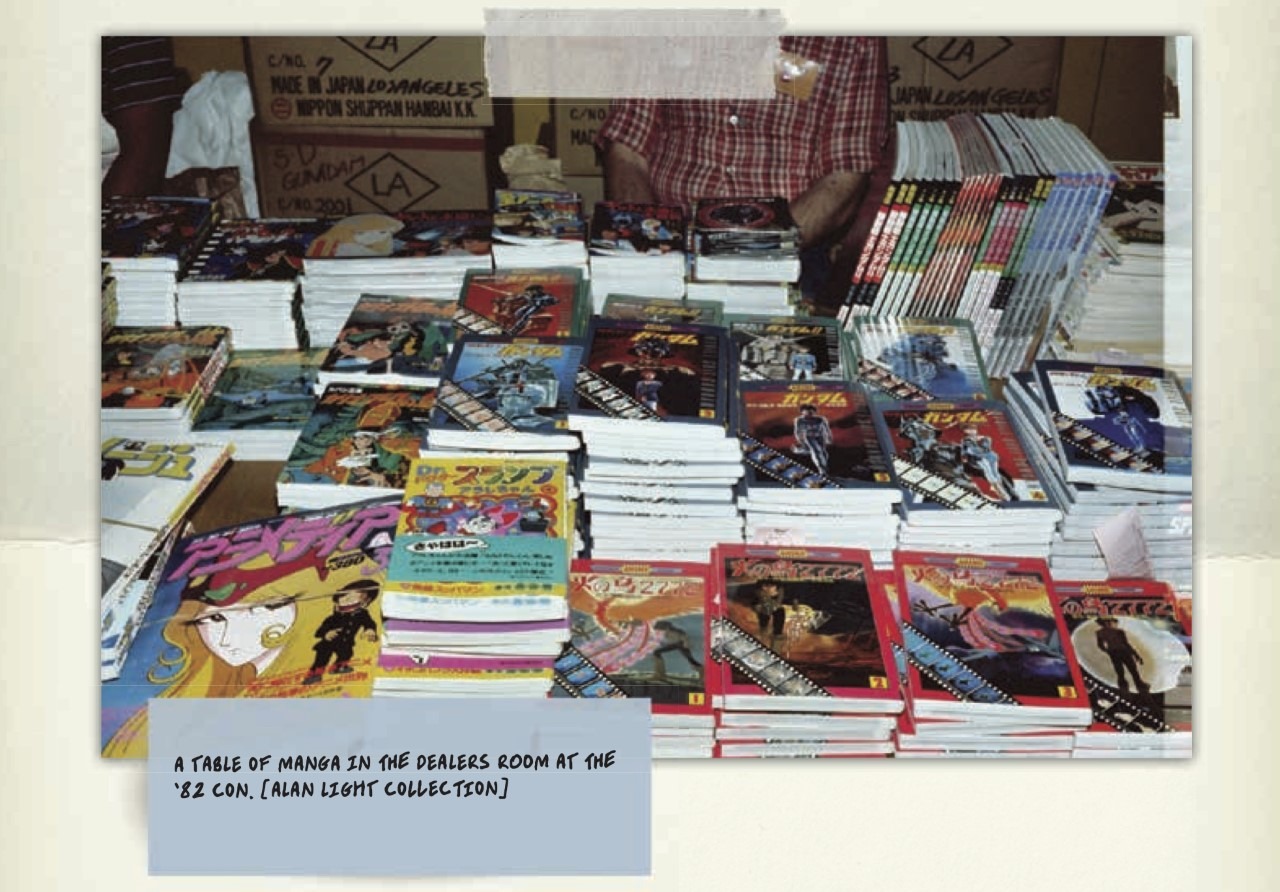 Mathew Klickstein calls himself a Multi-Platform Storyteller, and his newest book, See You At San Diego: An Oral History of Comic-Con, Fandom, and the Triumph of Geek Culture, is being released on September 6 by Fantagraphics. The 500-page book has all sorts of information and interviews on different types of geek interests, including anime and manga. Klickstein spoke to Otaku USA ahead of the book launch about what’s in See You at San Diego, his research, and his other works. Otaku USA is being given exclusive permission to share a page in the book talking about Japanese comics, which you can see directly below. 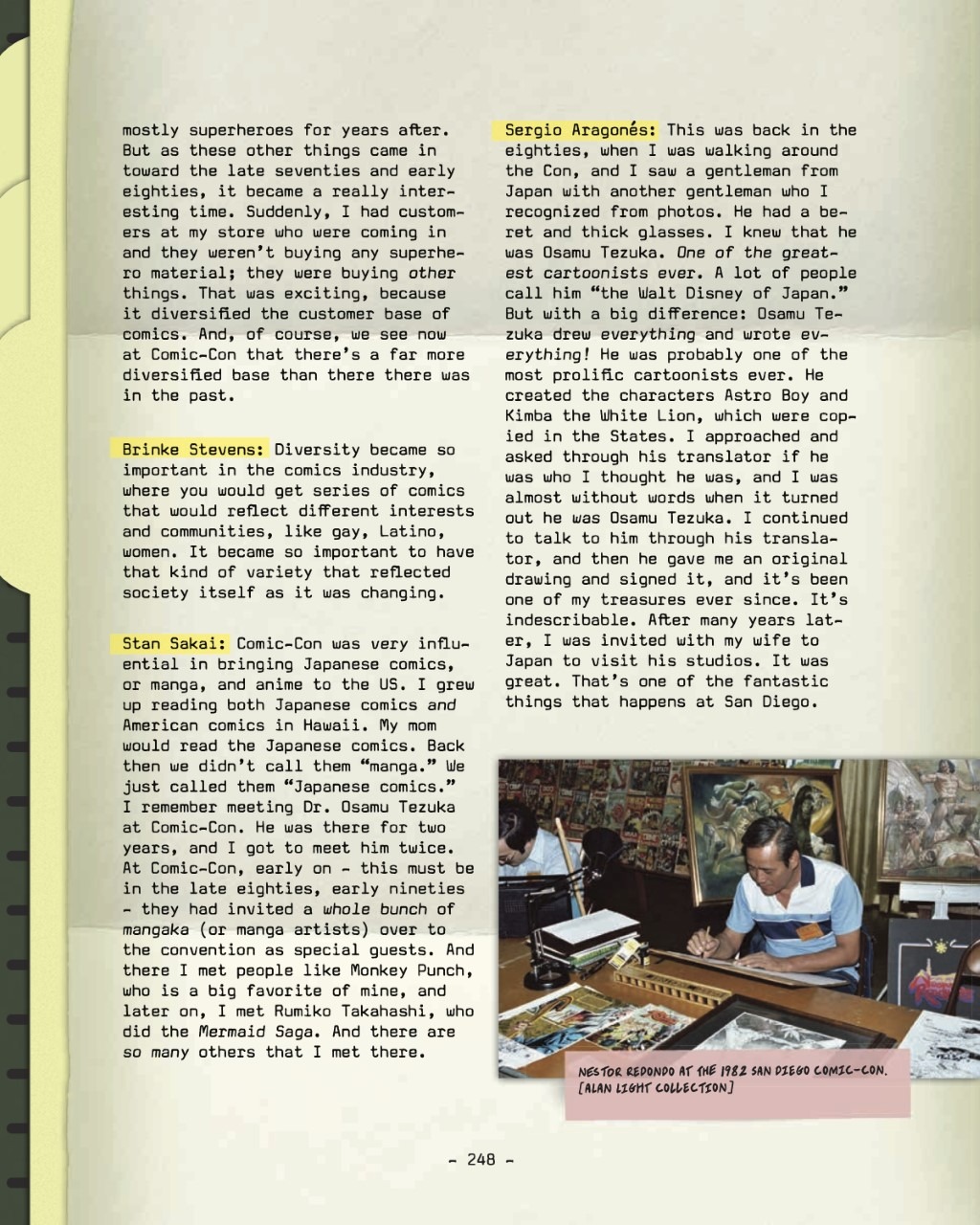 Can you please tell us about your new book?

See You At San Diego: An Oral History of Comic-Con, Fandom, and the Triumph of Geek Culture tracks the history of geek culture and fandom over the past century. In order to keep the book from being 50,000 pages, we thought it might be a good idea to focus on the prehistory, history and expansion of the community that really helped forge it, Comic-Con. So even though Comic-Con didn’t start until 1970, we really go back at least as far as the 1930s and how this got started and the context for it.

It really is the story of pop culture nostalgia. We just used the tracking of Comic-Con because it is the largest pop culture gathering worldwide, to give it a narrative thrust.

What do you have in your book that relates to anime, manga and Japanese pop culture?

For Japanese pop culture, we of course have Japanese-born artist Stan Sakai, the creator of Usagi Yojimbo. He’s not only an important part of this scene, but an important part of the early days of Comic-Con. He’s won multiple, multiple Eisners, which is the award given out at Comic-Con every year. Many consider it the Oscars of comics. Stan also wrote the foreword to our book. Many people would consider him the nicest guy in comics.

As other interviewees in the book talk about, like Sergio Aragonés, Comic-Con became this hub for bringing anime and manga over to the States at a very early stage. They had Dr. [Osamu] Tezuka there as early as, I believe, 1975. Monkey Punch was there in 1975. Comic-Con was also showing anime and manga a lot. There was something called CCTV there for a while. For a long time Comic-Con took place at a hotel called the El Cortez, that was this kind of ramshackle, really funky place they were able to get because it was so cheap. They were kind of able to take over the hotel during the years, and they created something called CCTV, which is Comic-Con Television or Closed Circuit Television. They would program a certain channel with whatever people wanted to watch. You’d literally be in the hotel room watching this. And they’d put on anime. People maybe wouldn’t have seen it or known about it otherwise.

What sort of work and research went into doing this book?

Oh, quite a bit. It’s a 500-page book. It’s an expansion of sorts of a seven-hour audio documentary series we did with Sirius XM and Stitcher. It’s available free on all audio platforms. So people can check it out.

There are a lot of different things I had to do for the audio documentary, for the book, as far as just reading a lot of books, watching a lot of documentaries. The bulk of it, why it’s an oral history, is because I accrued over seventy hours of original interviews I did with over fifty people. I interviewed Stan Sakai, Sergio Aragonés, many of the early founders of Comic-Con, Scott Shaw!, Mike Towry, as well as some of the special celebrity guests we wanted to bring in for some of the later years of Comic-Con, and some of the bigger names people might be familiar with outside of the niche geek communities. So people like Bruce Campbell, Kevin Smith, and Neil Gaiman. We got RZA from Wu-Tang to do the afterword. I thought it would be very interesting and important to bring in a lot of different kinds of artists and creators for different backgrounds and worlds. That’s why I wanted to do this as an oral history, which is a format I’ve used before for projects like this. We’ve brought in so many different voices, so many different stories, which is so much what pop culture is about, what geek culture is about, what Comic-Con is about. It’s all the different voices, including certainly anime and manga.

Where can people find out more about you and your other books? 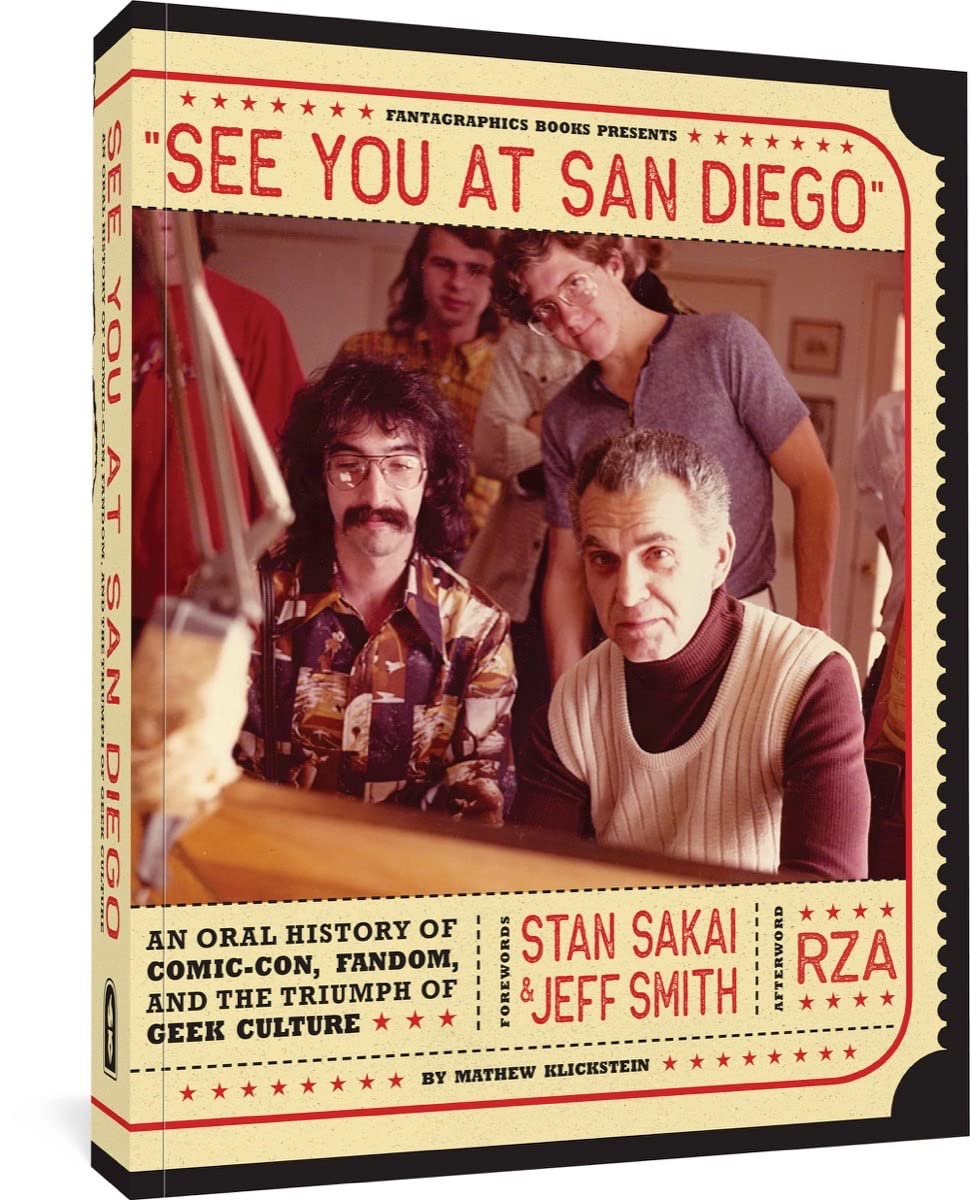 My website is the best place to find that information on me, this book, and my other books. My Nickelodeon book SLIMED! actually came out ten years ago through Penguin. I don’t know how it happened, but it actually was a clue on Jeopardy! a couple of weeks ago. I was getting text messages and friends who taped it, and it really was part of a clue on Jeopardy!, which was just kind of wild. You can find out about that and my Simpsons book and some of the other projects at www.mathewklickstein.com. Mathew with one T – it’s actually spelled that way on my birth certificate. Also on my website you’ll be able to see some future projects I have coming out, including an encyclopedia on Jewish culture coming out in November, and I’m working with Rick Geary, who is one of the Comic-Con OGs, and an artist and graphic novelist, on a new project based on a novella I wrote years ago. That’ll also be coming out through Fantagraphics. We don’t have a set date yet. Rick is still finishing the artwork for that, but it will be coming out in the next year or so.

But most importantly, for people who are interested in this book, we’re going to be doing a tour around the country and Canada, starting September 8. The book comes out September 6, as well as the audiobook version. Starting September 8, we’re going to be going to bookstores, comic book shops, museums, colleges, record stores, movie theaters. Coming back to anime and manga, the launch event on September 8, we’re going to be doing a book signing at Skylight Books, the largest independent book seller in LA, but then we’re going right up the street to the American Cinematheque, and I thought it would be really cool, as a celebration of geek culture, to show a geek culture modern masterpiece. We talked with the American Cinematheque on what might be good on that, and we settled on Scott Pilgrim vs. the World. That’s of course based on the Bryan Lee O’Malley story. We’ll have a panel afterward with a lot of the Comic-Con people talking about the movie and geek culture and the likes.

We worked really hard on this book. I was very grateful to all of the contributors, like Stan Sakai, who is obviously such an important figure in the scene. I’m proud of the fact that we can showcase and spotlight folks that maybe haven’t always gotten the attention they deserve for the work they’ve done. There’s people there whose names most people would know, but I’m proud of the fact we have a lot of people there who wouldn’t be known as well, and maybe wouldn’t be around much longer. I wanted to make sure, for them, but also for the fans, for the scholars, for people like yourself and myself who write about a lot of this stuff, that we have a resource like this. My end goal, as aspirational as it might seem, is that this is a book that will be entertaining and amusing, but also as a resource. I would hope and imagine that this is the kind of thing that can be used in a classroom environment. It can be used for Ph.D theses and further documentaries and other books. We need this, especially these days, when there’s so much information out there, and a lot of it is misinformation.

A lot of this [working on See You At San Diego: An Oral History of Comic-Con, Fandom, and the Triumph of Geek Culture ] came from meeting Wendy All, who is one of the committee members of Comic-Con. Wendy was the one who really introduced me to all these Comic-Con people. When I was putting together a project back in 2014 about nerd and geek culture, and I was talking with all kinds of people in that community, Wendy was kind of my Comic-Con person. The book went through many different changes. The imprint we were working with at the publisher closed down, my editor left the industry, a lot of crazy things happened during that process. The book actually ending up coming out in China. I don’t remember the exact name of the book, but they were using the word and phrase “otaku” a lot because of the language changes of the book. It was an odd circumstance.

Oral History of Comic-Con, Fandom, and the Triumph of Geek Culture will be available from Fantagraphics on September 6.