INTERVIEW: Alissa Sallah on Her New Comic Weeaboo, Fandom Backlash, and Growing Up on Anime 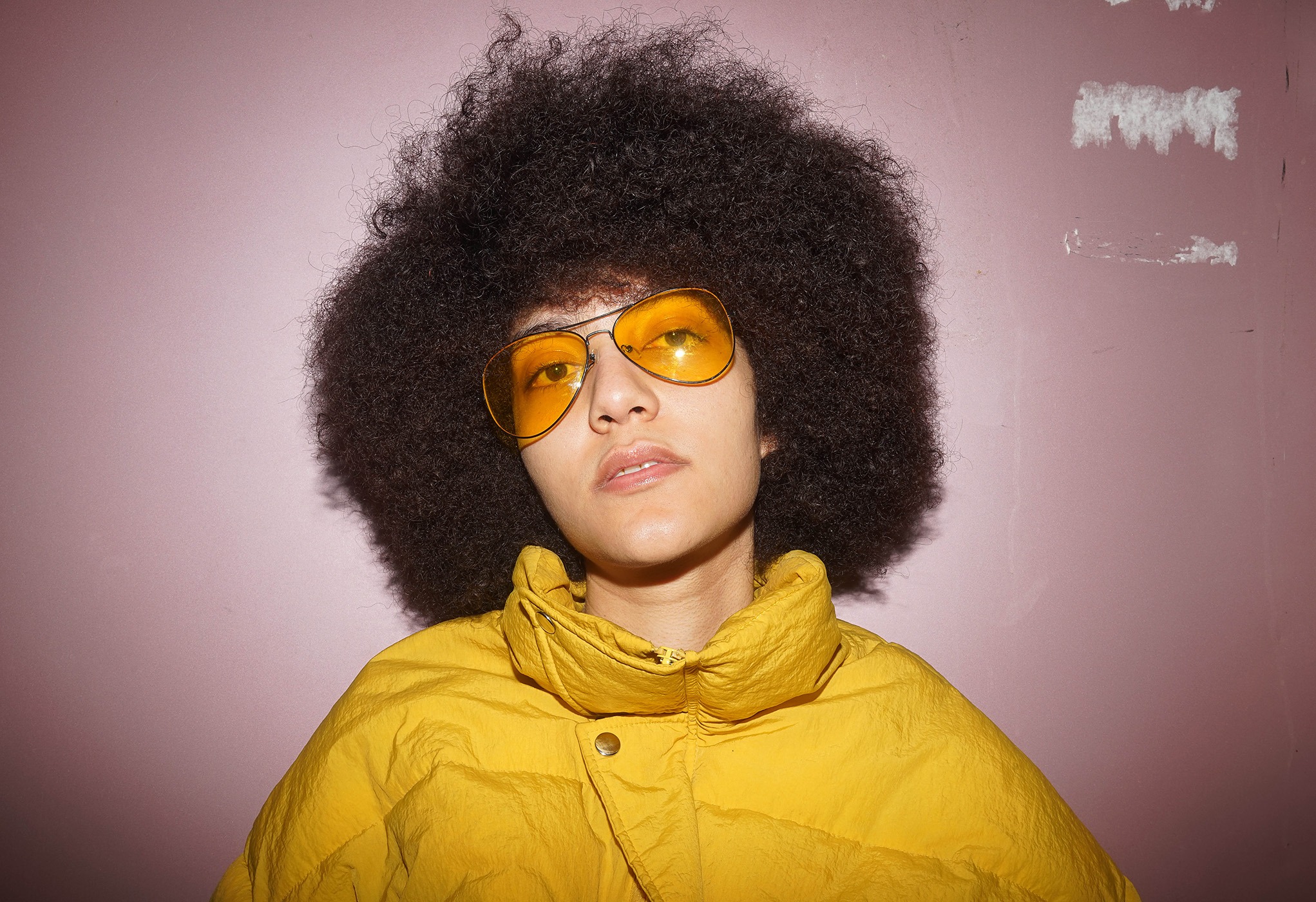 Alissa Sallah is a writer and artist with comics, illustration, and animation to her name, and her latest release is Weeaboo, available on November 17 from Oni Press. Equal parts heartfelt and humorous, the comic’s narrative covers everything from cosplay to identity, and Alissa was nice enough to take a moment to talk to us about what makes this book special.

Weeaboo comes off as a very personal and honest story. How much of your own experiences went into its development?

Happy to hear that, sincerity is definitely what I wanted to chase in this book. I’m a cosplayer and weeb, so everything is written from the heart. I think the most potent stories come from the things people pull from their lives, even if it’s adapting those experiences into fantasy. The characters are all in some way a part of me and the people I grew up with, it just developed that way as I dug more into why these kids are who they are. 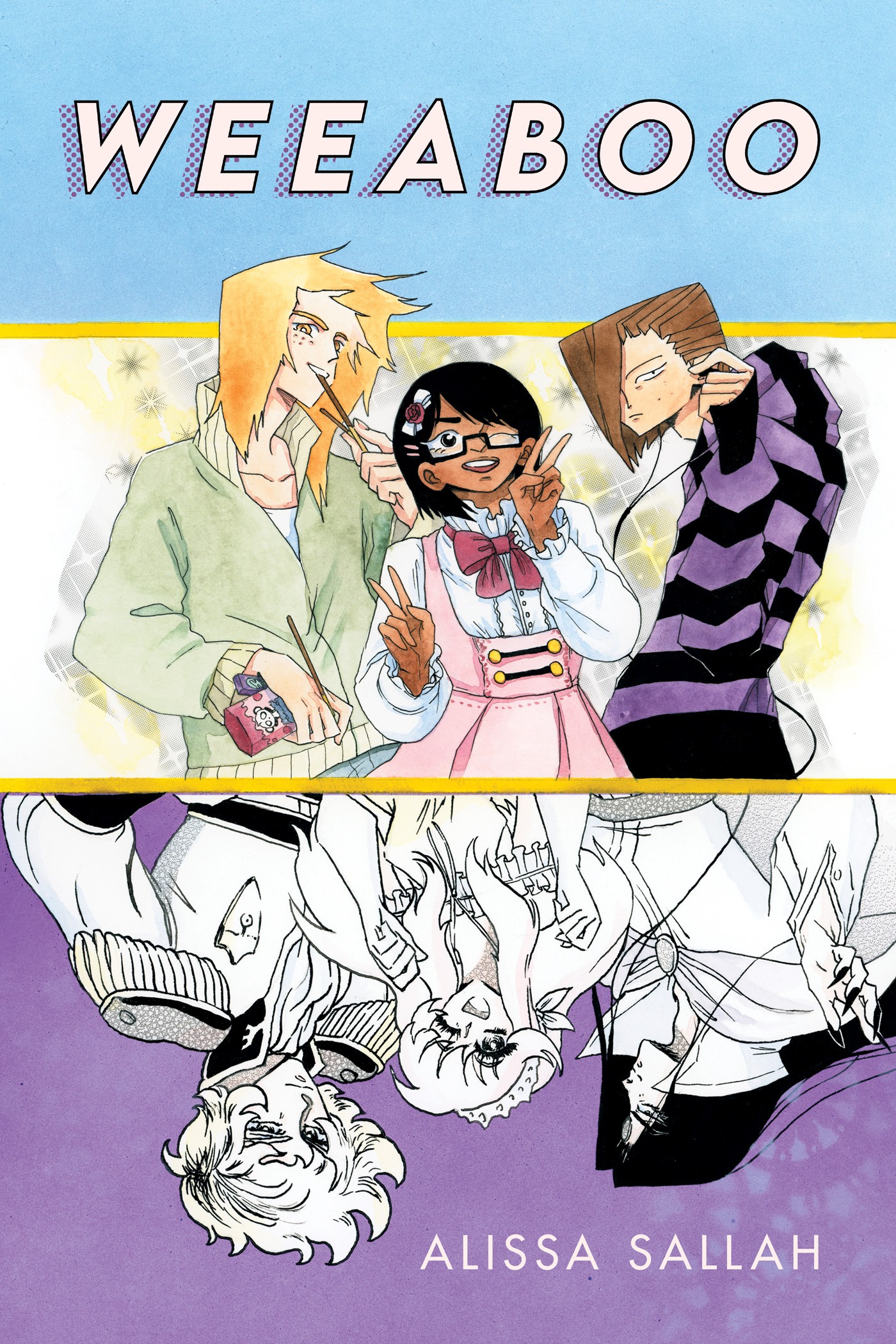 I love that the book doesn’t shy away from tough questions—even about the nature of being obsessed with everything from Japan and other conflicts of identity. Did you ever find yourself facing backlash or having to question your own interests over the years, and how did that shape how you approach your hobbies?

Totally, I feel like backlash against who you are is a part of adolescence that all kids growing up who defy any roles or categories they’re placed into experience. While backlash can often be from a place of othering or bullying, it isn’t always a bad thing. Sometimes a clashing of other people’s ideas can be a needed part of growth. It forces you to reflect on yourself and view your actions or who you are from another perspective. How people respond to backlash is where I wanted to take the focus. Part of growing up for me personally was learning to embrace who I am even when faced with the objections of others. Finding the confidence to wear a big, dramatic costume in public even while the people of your stifled midwestern town look at you and jeer is just one small step toward personal freedom. But sometimes another, but equally important step is listening to the grievances from people you care about and being able to confront where you might be ignorant. I guess that’s why they’re tough questions, because the answer isn’t the same for everything.

Weeaboo has a lovely mix of your own style and sequences that mimic shojo manga and anime. You go into the design process a bit in the book itself, but can you talk about how you approached the style of the comic?

Thank you, I had a lot of fun with the style! I really wanted to give an airy, nostalgic feel for the book while presenting a distinct kind of visual aesthetic. I knew from the start I wanted to incorporate photography as a part of the imagery in the art because of the thematic idea of mixing fantasy with reality, but it took a while to nail down how I would combine everything in a cohesive way. Eventually, this led to a mixed media style that I had a lot of fun with! I’m a very analog artist at heart, but I do have a strong background in digital so the mixing of the two lent itself to something that felt right for the tone. With the main anime/manga style sequences, I looked at shows like Escaflowne to go for a more 90s look. Those were mostly digital with painted backgrounds, to mimic the layered way in which these shows were produced. There are other places where I make reference to a lot of different styles as well, as a reminder that anime and manga aren’t a monolith of one type of style. 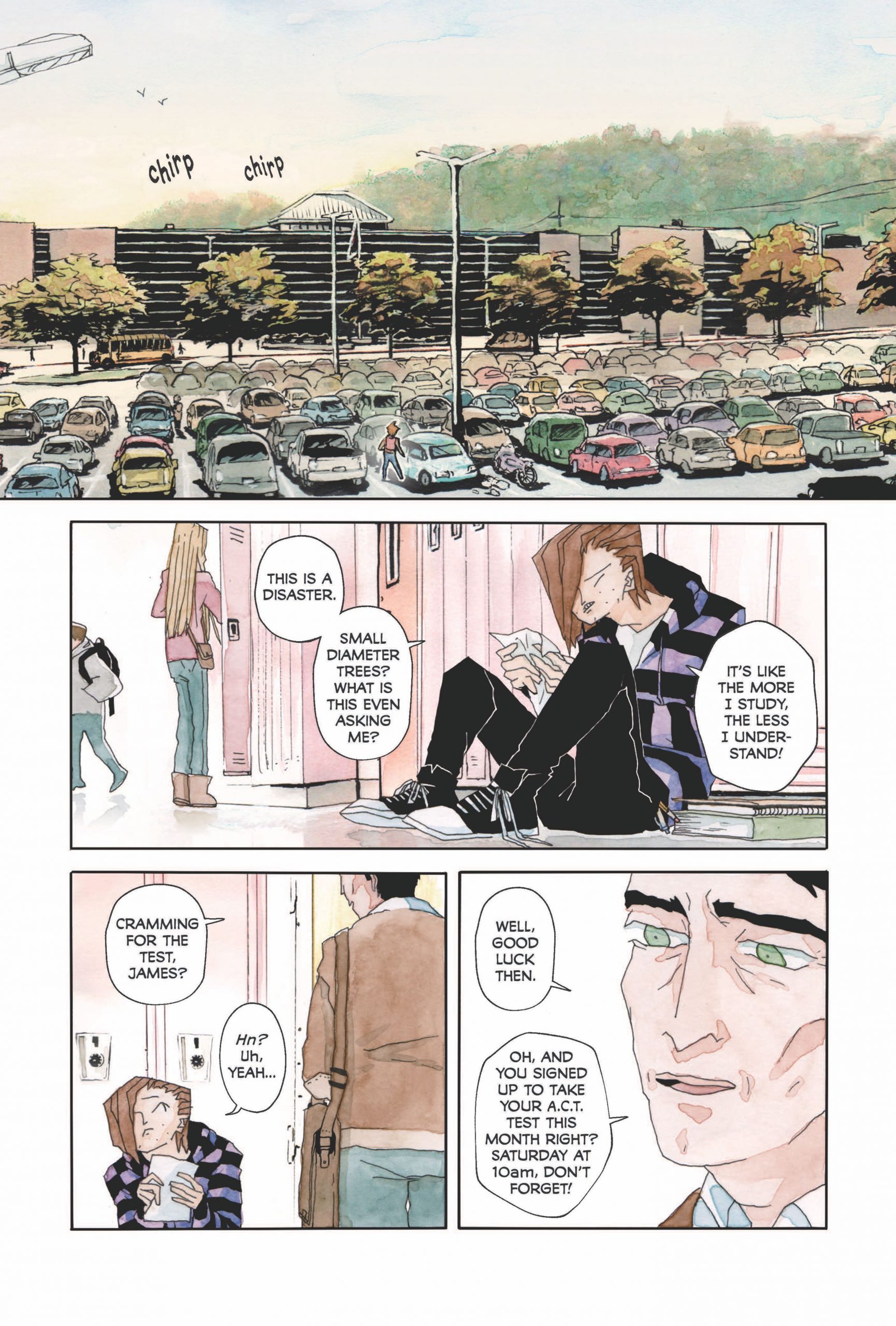 Did you find yourself experimenting with different ways to tell this story visually before landing on its final look?

Absolutely. As I mentioned in the previous question, it took a while to nail down the style and this is because I spent months just experimenting with different techniques to find the visual language I wanted to use. Playing around with tools, programs, printers, effects, etc., was all I did for weeks before I started drawing the first page. This being my first long format story, I wanted to make sure I worked out the kinks before diving in.

Tell us a little about the journey from developing Weeaboo to getting it picked up over at Oni.

I had been developing Weeaboo for about a year before I had a good pitch I felt comfortable with. I had gone through a few iterations of this pitch, showing it to studiomates and editing it over and over again. Reworking the first 20 pages about 3 times, at least. Once I had everything ready, I sent it around to a few different publishers who I had made connections with before but in the end it ended up fitting with Oni the best! Comics publishing is a long journey for first timers.

Back to the fandom that started all this, what first made you fall in love with anime, manga, and cosplay? Did one particular interest come before the other?

My introduction is probably a very familiar story to many people who grew up at the same time as me, in the early 2000s. Like many other kids at the time, I would watch Yu-Gi-Oh! and Pokémon on Saturday morning cartoons. I would get super involved with the gaming aspects of these shows, having duels with friends outside and pretending to summon monsters to fight each other, haha. It’s funny, because you can see the throughline of how this turns into enjoying “fandoms”. You enjoy a show so much that you dig into every other aspect of expressing it in your life. Pretending to be Naruto ninjas, drawing up new Pokémon in art class, and crowding around a playground duel eventually turns into things like cosplaying, joining online communities and going to gaming tournaments. I think the passion is always there, what we call fandom is just a description for it on a larger scale. 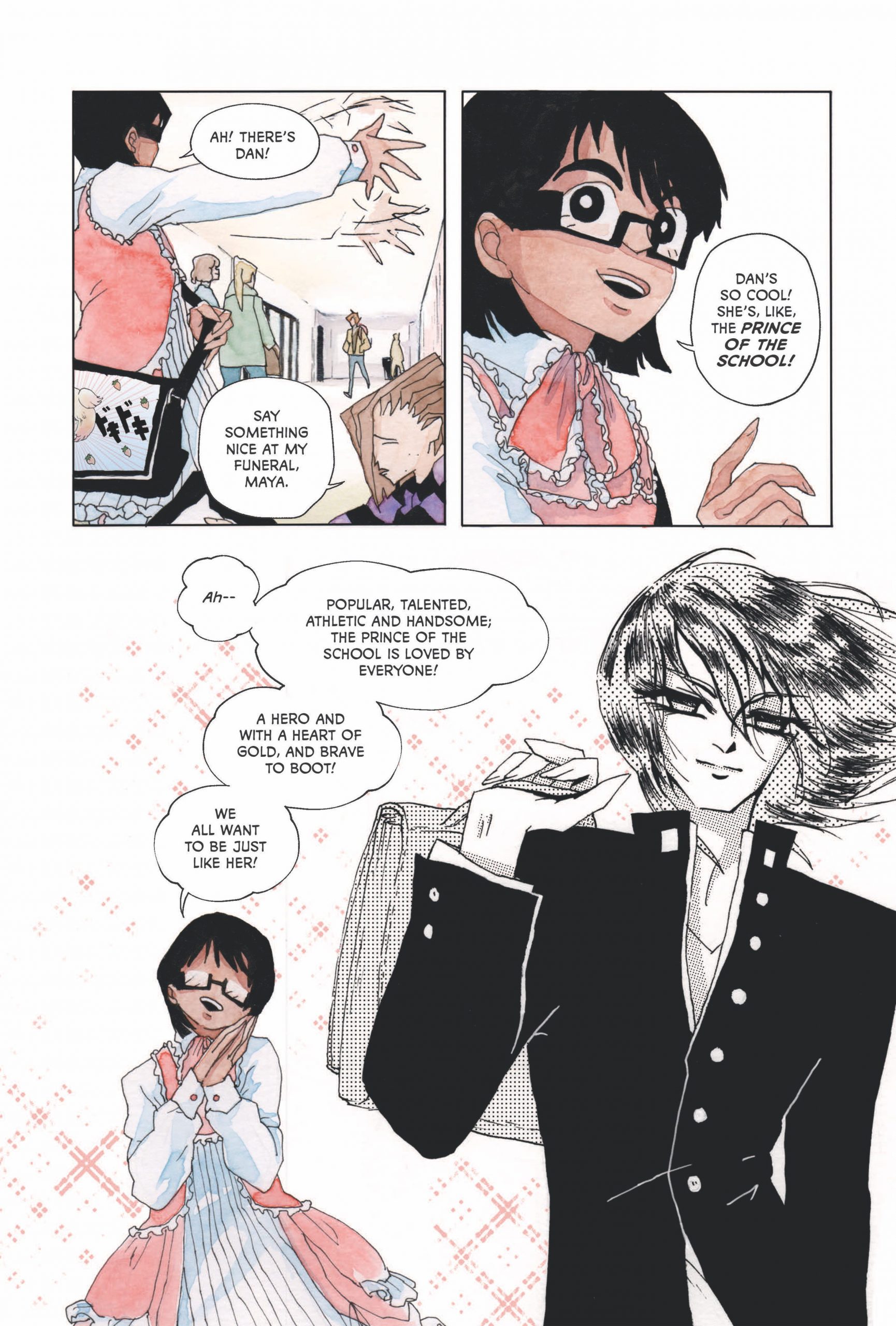 What have you been watching/reading and enjoying lately?

Lately, I’ve finally been reading the Initial D manga, which is so awesome as a piece of car-fanatic indulgence and stunning craftsmanship from the artistry of the races to the down-to-earth, heartfelt character drama. I’m gleefully following each new volume of Golden Kamuy and I just watched Evangelion 3.0+1.0, which feels like both the end of an era for a piece of media and the start of a new one for the people who grew up with it. Something akin to a graduation.

Are there any other current or upcoming projects you’d like to direct our readers to?

I always have something in the works for the future, but currently I welcome people to check out Bonfire Comics, the anthology series I’m a part of! We do short stories and illustrations each year under a different theme, so if you’re interested in my short form work you can find it there. I did the cover art, interior inserts, and an animated trailer for the newest collection titled Stratos, and we’ll be printing an exciting expanded edition of it next year! The website is bonfirecomics.com or you can just find me making cosplay and art on my Twitter & Instagram handle @sallataire.

We’d like to thank Alissa for taking the time to answer our questions! Weeaboo will be available in comic shops and bookstores on November 17. 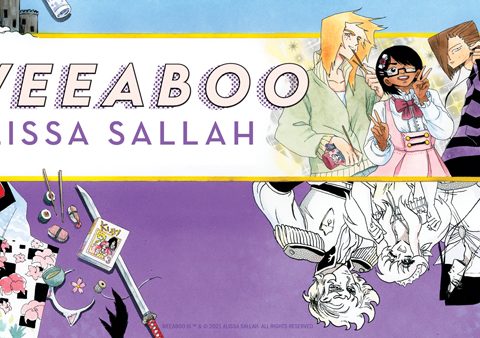