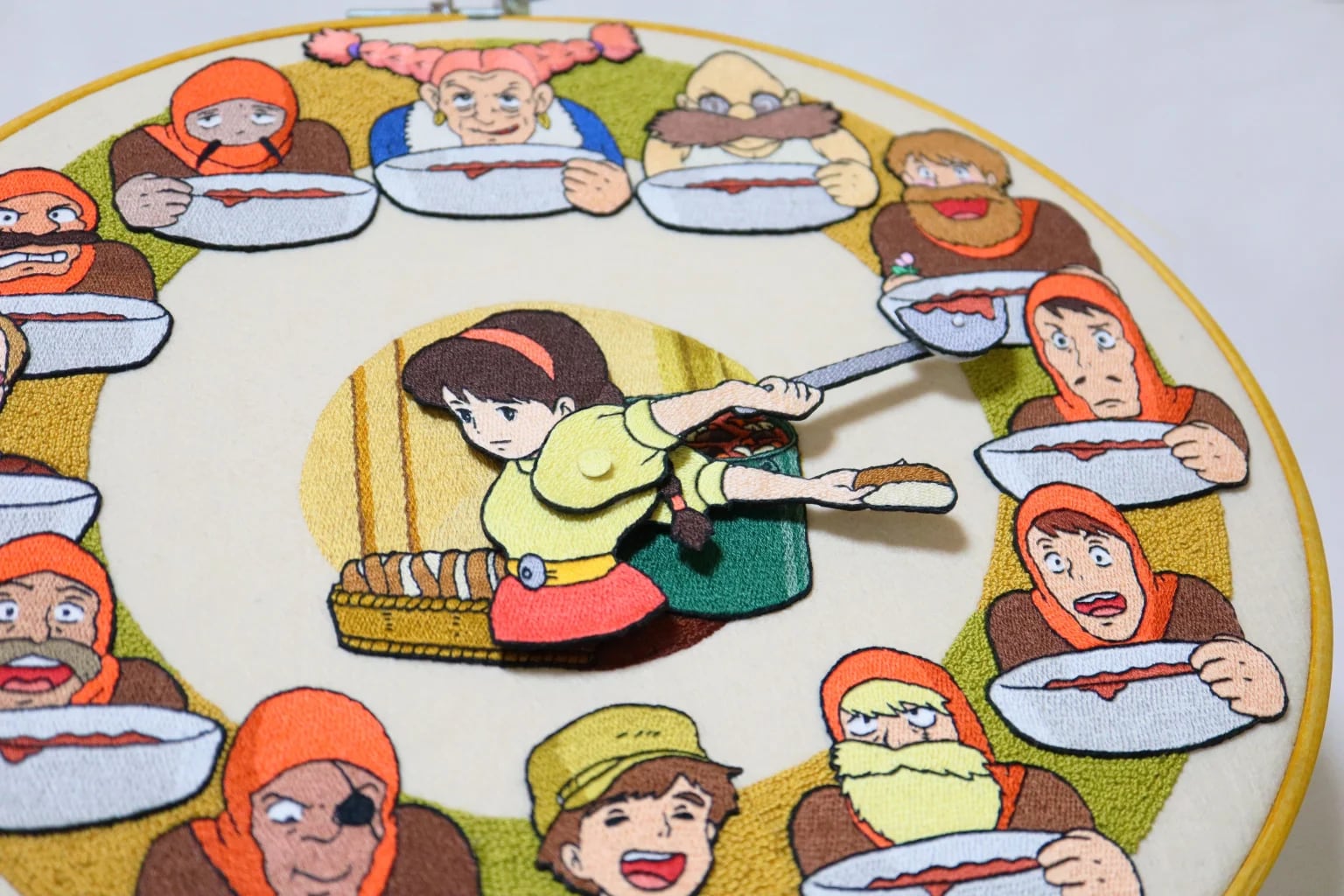 Here’s a sweet story to take your mind off all the bad bad badness out there.

Twitter user @wsyow_washi recently completed a pretty darn cool piece of handmade craftiness in the form of a clock based on Hayao Miyazaki’s classic Laputa: Castle in the Sky.

The clock, which is fully embroidered (!), pays tribute to the scene in which Sheeta serves stew to everyone on the airship. Her arms serve as the hands of the clock, passing refills out to various characters from the film.

The intricate work by @wsyow_washi picked up a lot of attention on Twitter, including from Studio Ghibli—you know, the studio that animated the film!

Ghibli’s official Twitter account replied with an image of Sheeta that reads “arigatō”—a big ol’ “thank you” from Ghibli-senpai.

Okay, embroidery fans: hope this inspires you to make something anime-inspired!

Here’s how GKIDS describes Castle in the Sky:

Pazu, an engineer’s apprentice, finds a young girl, Sheeta, floating down from the sky, wearing a glowing pendant. Together, they discover both are searching for a legendary floating castle, Laputa, and vow to unravel the mystery of the luminous crystal around Sheeta’s neck. Their quest won’t be easy, however. There are greedy air pirates, secret government agents and astounding obstacles to keep them from the truth.