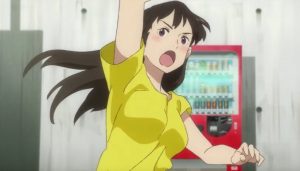 Studio Colorido is adapting Tomihiko Morimi‘s Penguin Highway novel, and the production house has lined up a big act to perform its theme song. The duty falls to Hikaru Utada, known for her own albums as well as themes for the Evangelion movies and Kingdom Hearts. The artist will be performing “Good Night” for the film.

You can sample a preview of the theme in the new trailer below.

Directed by Hiroyasu Ishida (Hinata no Aoshigure) and written by Makoto Ueda (The Tatami Galaxy), Penguin Highway opens in Japan on August 17.