HIDIVE to Stream Made in Abyss Anime in US and Canada 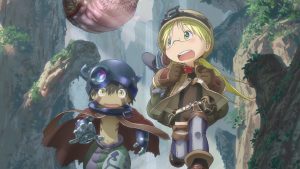 New episodes will be added every Tuesday after that. Here’s how HIDIVE describes the series:

Within the depths of the mysterious Abyss, an orphan named Riko stumbles upon a robot who looks like a little boy. Riko and her new friend descend into uncharted territory to unlock the secrets of the Abyss, but what lies in wait for them in the darkness?