HIDIVE to Stream My Girlfriend is Shobitch Anime 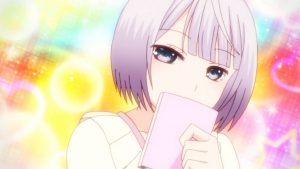 HIDIVE has another series on the way soon with the announcement that My Girlfriend is Shobitch will be streaming in the United States and Canada. Subscribers will be able to start watching on June 22, with new episodes to debut every Friday at 11:00am CDT.

Here’s how they describe it:

Haruka Shinozaki manages to pluck up the courage to ask his long-time crush, Akiho Kosaka, to be his girlfriend. Much to Haruka’s surprise, she agrees; however, her nervous yet blunt approach to sexual topics often leads to misunderstandings. And though Haruka only has eyes for Akiho, it doesn’t stop the rest of his classmates from flirting with him.