Hi, I’m a Witch and My Crush Wants Me to Make a Love Potion Is Beautiful Fantasy 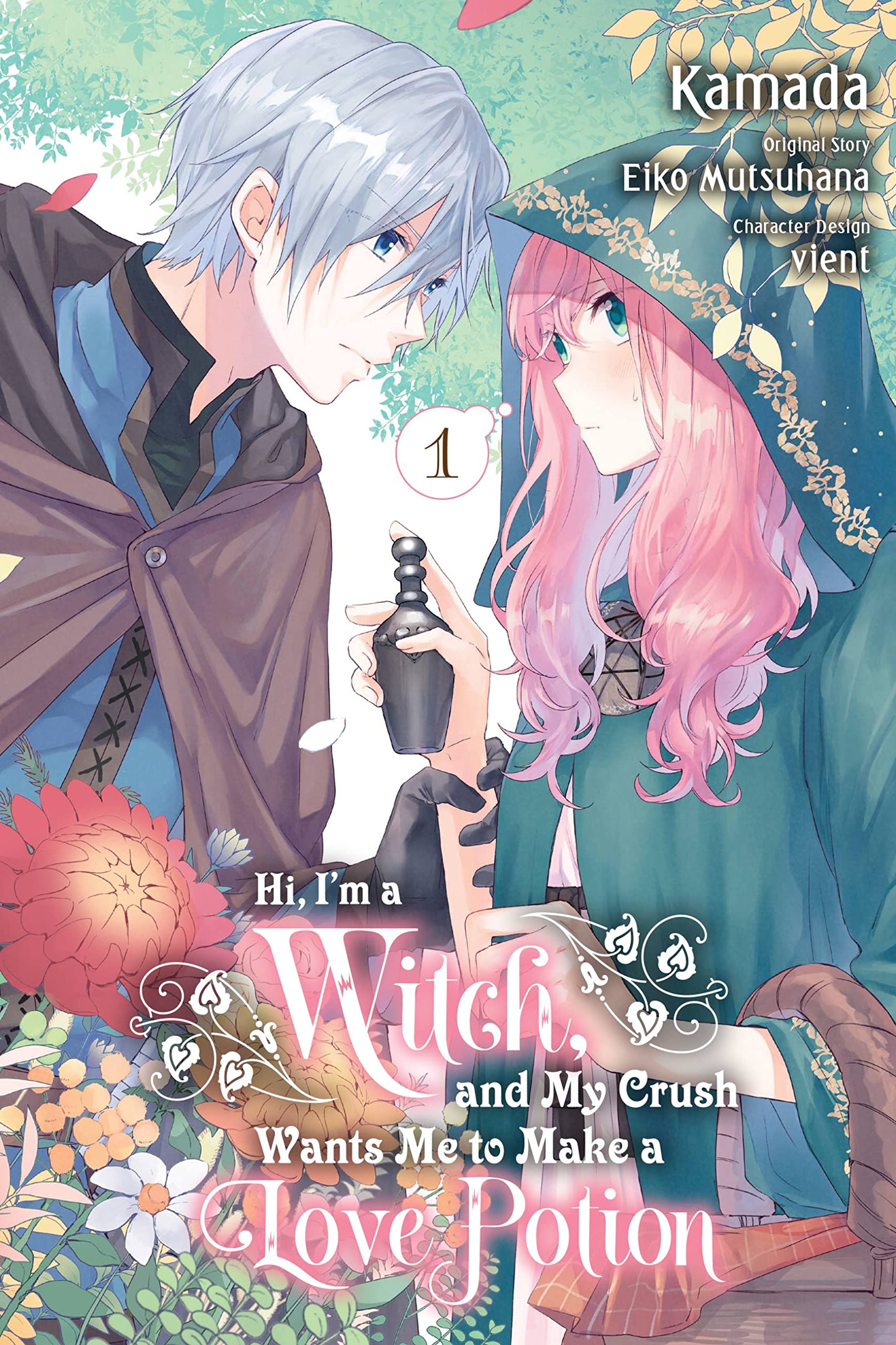 Hi, I’m a Witch and My Crush Wants Me to Make a Love Potion is a long title and gets across the basic idea of the manga. Rose, who is descended from witches, becomes the Witch of the Lake after her mother and grandmother die, leaving her all alone. She gets by from making potions and elixirs, and one day the man she has a crush on shows up at her home, asking for a love potion.

She first saw him, Harij, a few years ago when she visited the village. Other people were mocking witches, but he stood up for them. The allyship and kindness — plus the fact she found him lovely to look at — caused her to get a crush on him. She can’t bear the thought of giving him a love potion to make someone else fall in love with him.

So she keeps sending him on ridiculous errands under the guise that he’s collecting hard-to-find ingredients for the potion. She also keeps her face hidden in her robe, lest he recognize her from the village a few years ago.

But she can’t keep her secret forever, and the story picks up after her guise is blown. Then Harij starts visiting her more often, and helping her out. Rose still doesn’t know why he wants a love potion, and the reason is kind of sort of explained to the reader, but we know there’s a story behind the need for the love potion, and that story still needs to be unraveled.

Hi, I’m a Witch and My Crush Wants Me to Make a Love Potion started out as a novel, and this is the manga adaptation it’s received. The story is sweet, not very complex (at least so far, but there are rumbles of other things going on). Both Rose and Harij are caring, likable characters, and Harij takes over as narrator partway through the book. The story has a beautiful fantasy element to it with the pink-haired witch and the nature shots, and this is a good book for a relaxed, easy read.