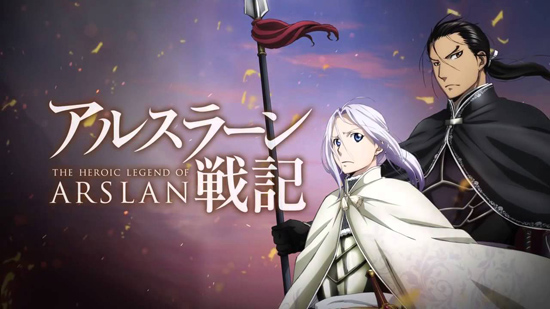 Were you a fan of this year’s The Heroic Legend of Arslan series?

That’s the word from this week’s Arslan-centered “Yashasiin! Carnival” event, which debuted a short video announcing the 2016 series.

The 2015 Heroic Legend of Arslan series, which finished up a few weeks ago, was based on an ongoing 2013 manga by Hiromu Arakawa (Fullmetal Alchemist). That in turn was based on a series of novels by Yoshiki Tanaka (Legend of Galactic Heroes).

The original novels inspired a six-episode animated OVA back in the 90s, so if you’re looking to get your Arslan fix before 2016, that series might be worth checking out.