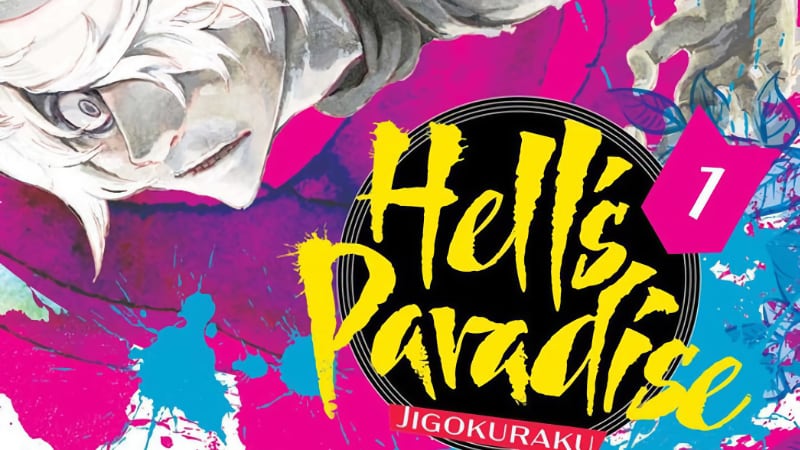 Some paradise-y news for fans of Hell’s Paradise: Jigokuraku. The Shonen Jump+ manga by Yuji Kaku has landed a TV anime adaptation.

The manga is about a rogue ninja named Gabimaru who’s somehow survived multiple execution attempts, and who is sent on a mission to find the elixir of immortality.

It ran on Shonen Jump+ from January 2018 until… today! It currently runs 12 compiled volumes, with another to come.

In English, Hell’s Paradise: Jigokuraku is released by Viz Media, who describe it like this:

Gabimaru the Hollow is one of the most vicious ninja assassins ever to come out of the village of Iwagakure. He’s ruthlessly efficient, but a betrayal results in him being handed a death sentence. There is only one hope: travel to a long-hidden island and recover an elixir that will make the shogun immortal and he will regain his freedom. Failure is not an option—on this island, Heaven and Hell are a hair’s breadth away.

You can read our review of the first volume right here, and then learn some more about the true history behind the manga!

View all posts by Matt Schley
Violence Voyager Is Unlike Any Anime You’ve Ever Watched
Godzilla vs. Kong Trailer Released, Things Go Smash