Haru’s Curse is a Melancholic Manga About Grief and Love 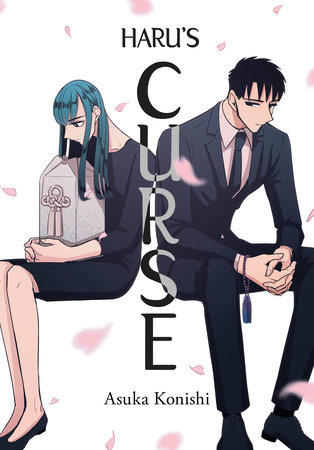 Haru’s Curse is a story about grief and the love that comes after grief, and it manages to discuss these topics soberly but without being weighed down with gloom. Natsumi’s younger sister, Haru, dies at the age of 19 after chemotherapy treatments are unable to help. At the end of her life, Haru calls out for her fiancé, Togo. She’s in a relationship for an arranged marriage put together by the parents, but she really loved Togo.

After Haru’s death, older sister Natsumi starts going out with Togo. And feels very guilty about it, especially after she finds the online diary her sister kept while sick. She can’t deny that she has feelings for Togo, and it seems he has feelings for her, and he may even be better suited with Natsumi than Haru. But memories of Haru haunt them, especially as they go back to places where Haru and Togo went on dates. The whole arranged marriage setup is also juxtaposed against the arranged marriage of Natsumi’s parents, which ended in divorce, so she knows very well what could go wrong. And Togo himself has spent his life doing what his family expects of him, and is wondering what it would be like to make his own decisions.

Haru’s Curse is a sad, melancholic book, but it also feels authentic in how it portrays characters’ sometimes messy and contradictory emotions. It doesn’t usually show the worst of the grief, and instead concentrates on the numbness, confusion and helplessness that can follow losing someone. Flashbacks and diary entries let us get to know Haru a little, though mostly the story takes place after she is gone and is about picking up the pieces. There’s some romance as Natsumi and Tojo grow closer, and it feels like raw, realistic romance as opposed to the starry-eyed perfection of romance more often seen in shojo manga. The artwork is linear and straightforward, in a style a little different from what you often see in manga. The entire story is here, at 358 pages, and that also includes some short bonus manga at the end.

To Your Eternity Anime Shines in Creditless OP by Hikaru Utada
NieR Replicant ver.1.22474487139… is Another Resplendent Yoko Taro Gem