What Happens When AI is in Charge of Designing Anime Girls? 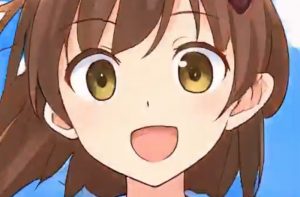 Anime character designers don’t have to worry about being out of a job any time soon. After all, their job requires designing characters from all angles with a unique attention to detail. That’s not to say there isn’t any danger of automation on the horizon, though, especially if a recent clip from Japanese Twitter user @_Ryobot is anything to go by.

The video in question shows what happens when an artificial intelligence is used to generate anime girls on the fly. Each character in the video was created with the help of a style-based generative adversarial network, which means visual inputs were analyzed to create a bunch of different variations of the same components.

As you’ll see below, the amount of variety pumped out is actually pretty impressive.

Did you notice any standout designs? Would you watch an anime starring an AI-created heroine?