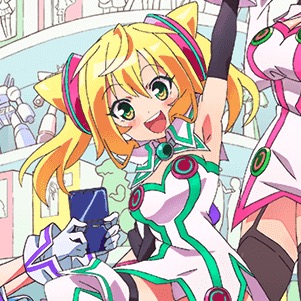 Hacka Doll the Animation—based on the Hacka Doll app, which delivers customized news feeds generated from questions and personal interests—is set to premiere in Japan on October 2. The app’s customization engine is personified as a trio of Hacka Dolls in the anime, and a new promo previews the main cast and the theme song, “Touch Tap Baby,” which they sing.