Sometimes eviscerating monsters is the best way get over a rough day. I mean honestly, any grief that the school bully may have given you or any relationship issues you may have faced quickly pales in comparison to the twelve-foot tall lizard creature standing in front of you. Now all you have to do is don your Guyver armor, kick his ass, and call it a day.

At least, you’d think that was the case, right? Enter Guyver: The Bioboosted Armor, a story of a boy, his suit of pseudo-organic armor, and his posse of friends, acquaintances, and enemies. For those unfamiliar with the premise of Guyver (which has been around in some form since 1985), the story begins with a teenage boy by the name of Sho Fukamachi stumbling upon a strange looking object that seems to have some sort of technological background. The object activates, merges with Sho, and transforms him into the Guyver.

That may sound like a simple introduction, and it is. Though there are plenty of extraneous moments of family, girl and best friend problems (with all of the emotional weight those issues carry), that isn’t the focus of this anime. Guyver is not a show for deep intellectual contemplation; this anime is about killing monsters, plain and simple. Every episode seems to have a new monster for the Guyver units to fight, and a new power for the Guyvers to utilize. Out of all the episodes in the series, only a handful are without a significant fight scene of some sort.

At first, I thought the series was going to be a complete waste of my time. While I generally love shonen style manga and shows, the animation must compliment the action that’s supposed to be taking place on screen. If the characters are super-powered beings, they should show that through fast movements, enormous energy waves, and tremendous feats of strength.
And in the beginning, Guyver really didn’t have much of that, nor was the animation, sound or dubbing anything to write home about. Over the first few episodes, Sho would easily dispatch enemies with his head beam or laser cannon after asking the Guyver unit to “give him power.” After the second time this occurred, my eyes rolled so hard that I thought I was going to fall over. However, since it’s my job to review anime, I kept chugging along, hoping that the series would rectify itself in the end.

Luckily, Guyver did just that. Although the animation still remained in that “merely adequate” range throughout the entire show, the power progression that Sho and his colleagues go through is fantastic. The progression of a character’s power in shonen works is part of the story, and the Guyver series did it exactly right. At every turn, you can’t help but wonder what kind of crazy power Sho is going to pull out next. Whether it’s the head beam or crazy regeneration or flight or the Mega-Smasher, every new power ups the ante and really drives home the sense that Sho and the Guyver suit are full of untapped potential.

Speaking of the Mega-Smasher, that Guyver move may be one of the coolest attacks with the oddest set-up I’ve ever seen in an anime. There’s no denying the fact that the Guyver unit is basically “flashing” an enemy a jiggling, lightning breast before utterly obliterating the monster with a gigantic laser blast. Weird but cool.

On top of that, the enemies in Guyver continue to progress as well without any filler. Each episode pits our protagonists against bigger, badder and more epic monsters. Although viewers know that the bar will be set higher with the next monster that emerges, the pacing is such that you’re not overwhelmed with new beasts. Old faces become new threats fairly often, like Aptom’s emergence as a super-Zoanoid and Guyot’s reveal to be a Zoalord, so that adds a bit of flair into the equation as well.

By the end of Guyver, I was definitely eager for more. I wanted to see what kind of epic battle would occur between the Zoalord Archanfel and Sho. Aptom was still on the loose, and his hatred of Sho was definitely at a strange place when the anime reached its conclusion. While Guyver: The Bioboosted Armor never hit the end of the manga series, the conclusion of the anime was satisfying enough. I wasn’t left wanting, although I was eager to find out what happened in the rest of the story. With so much of anime ending abruptly, I thought the finale of Guyver was very well done.

If you enjoy shonen-style shows, Guyver is definitely a series worth picking up. It may not have the best animation or artwork, but what it lacks in visuals it makes up for in pacing and style. The plot isn’t deep, so don’t expect any Ergo Proxy-esque moments of epiphany, but if you just want to sit back and vegetate, Guyver can help get that done. 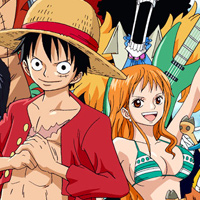 What Do You Think of Imagi’s Joe Asakura?
Viz Offering Free Naruto Preview for Jump Readers