What better way to celebrate the upcoming release of the Berserk Golden Age Arc I: Egg of the Supreme Ruler film in Japan than a burger ‘n fries-loaded promotion? Fast food chain Lotteria is doing just that with an original clear file featuring Guts and Griffith as they enjoy Lotteria’s burger and soda.

The Berserk set will run eager eaters ¥1,000 (about $13), and comes with the original clear file, a teriyaki burger, small fries and a regular-size drink. 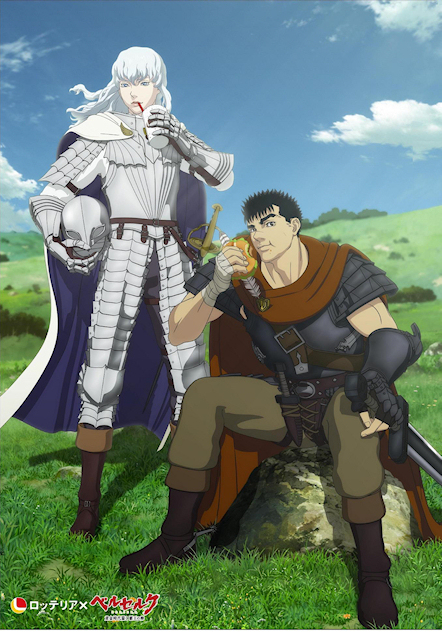