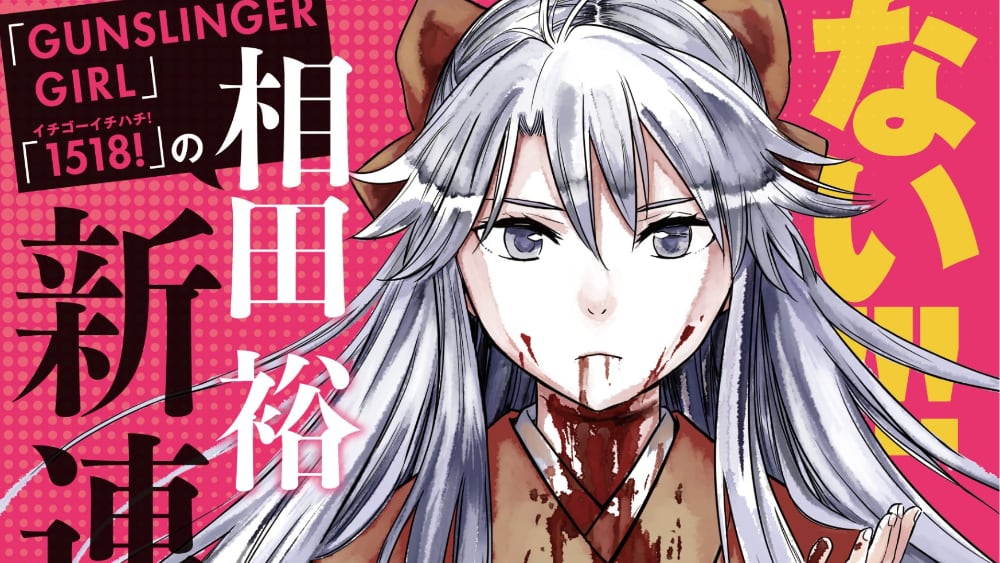 Remember Gunslinger Girl? Yu Aida, the manga-ka behind that cult classic, is back with a new manga that’s set to hit the pages of Young Animal in February.

The manga is called Yuki Aru Mono Yorichire (something like Those With Courage, Come Lay Down Your Lives), and it’s set in Japan’s Meiji era (1868-1912). It’s about “an immortal girl” and “a former warrior who failed to die” who both yearn for death. Sounds about right!

Along with the announcement came a piece of preview art. Wonder which of the two characters she is.

The manga is set to debut February 26.

After Henrietta barely survives the savage murder of her family, Italy’s Social Welfare Agency takes her in and repairs her injuries using the latest in cybernetic technology. All traces of Henrietta’s past are wiped from her mind as she becomes one of the Agency’s most lethal assassins. Despite her programming, Henrietta is troubled by fragmented memories. Her handler Jose must keep her feelings in check and ensure that she stays on mission; a task made all the more difficult by Henrietta’s striking resemblance to Jose’s late younger sister. 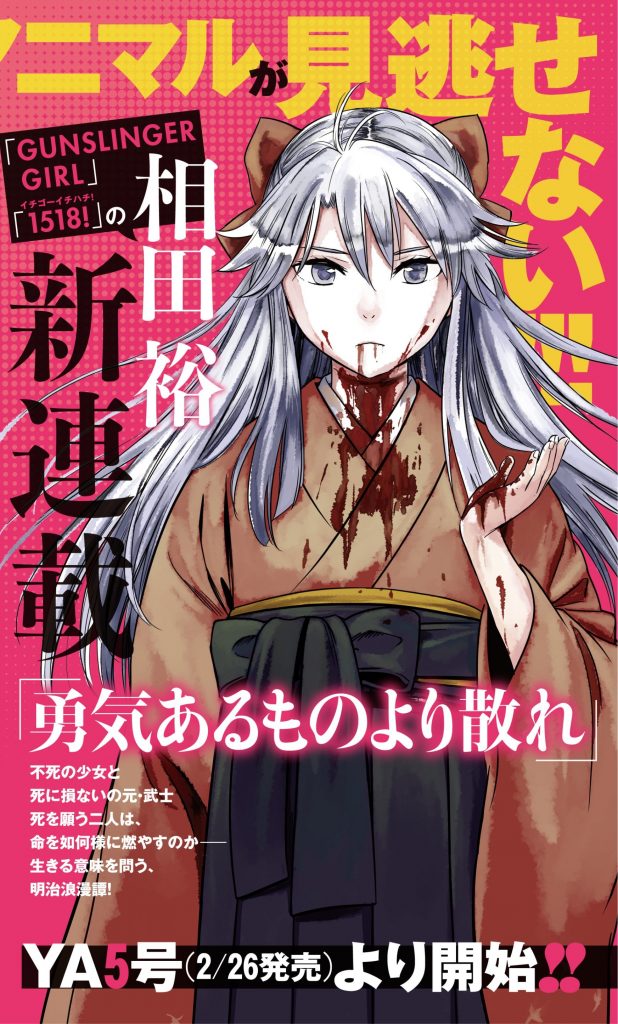