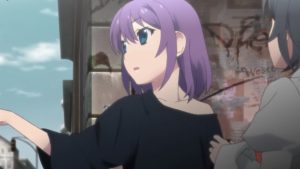 Frontwing’s Grisaia: Phantom Trigger game has an anime adaptation on the way, and the first episodes are set to premiere theatrically in Japan on March 15. Ahead of that, Frontwing debuted the opening animation on its YouTube channel, so you can see how it kicks off to the tune of Maon Kurosaki‘s “Gensou no Rinbu” opening theme below.