Godzilla Resurgence Takes To The Skies With Tie-Up Airplane 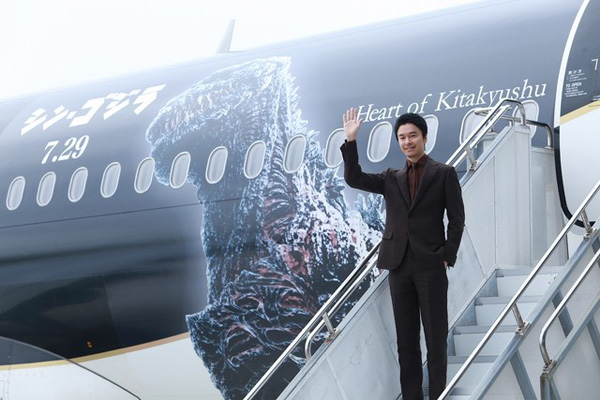 Godzilla Resurgence, the first Japanese Godzilla film in over a decade, stomps its way into theaters July 29, and in anticipation, the Big G has taken to the skies in collaboration with airline Star Flyer.

The plane, which is called the “Shin Gojira Jet,” took its maiden flight July 10 with Hiroki Hasegawa, who appears in the new film, there for the sendoff. 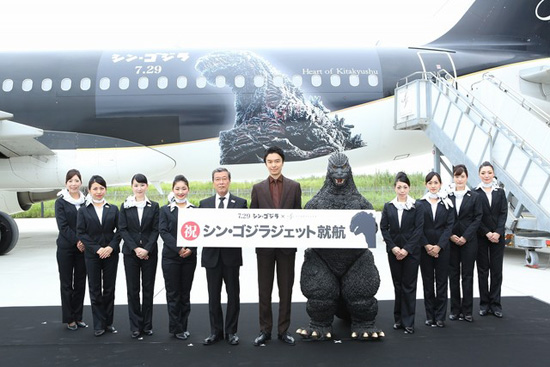 The jet, which will fly six times a day between various cities within Japan, will be in commission until December. Those will fly on the plane will have a chance to purchase Godzilla-related merchandise.

Hasegawa, who previously appeared in director Shinji Higuchi’s Attack on Titan, plays Deputy Chief Cabinet Secretary Rando Yaguchi. He commented that the jet will bring Japan’s current “Godzilla boom” all the way to the skies. 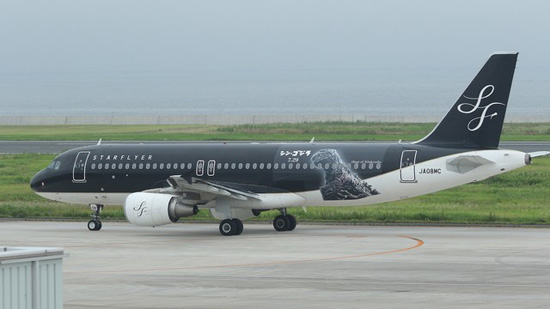