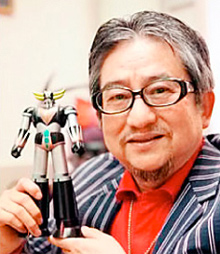 Well, sort of. Nagai wrote a manga series called Gekiman a few years ago that told the story of how he created Devilman back in the 1970s, and now he’s following that up with a new series detailing the origins of Mazinger Z, inarguably the work that gave birth to the “people riding around in giant robots” subgenre that we all know and love today. Important stuff! 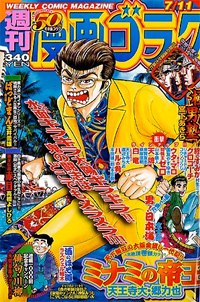 The previous entries in the Gekiman series took a very Go Nagai approach to telling a biographical story: “Fiction incredibly close to non-fiction” to use the slogan employed by the publisher. Instead of telling a straight biographical story with Go Nagai as the main character, Gekiman instead follows Geki Nagai, a stand-in character who also possesses precognitive powers, allowing him to witness future events through visions and dreams.

Of course, the real people who Nagai worked with, like Ken Ishikawa, appear in the manga as themselves, names unchanged. There are also strange anachronistic touches, like cell phones and the non-existence of the Soviet Union, despite taking place in the 1970s and being mostly autobiographical. Hey, don’t look at me! Go Nagai’s been doing this too long for me to call him out on this kind of thing.

The new series will be starting at the end of this week, on July 4.