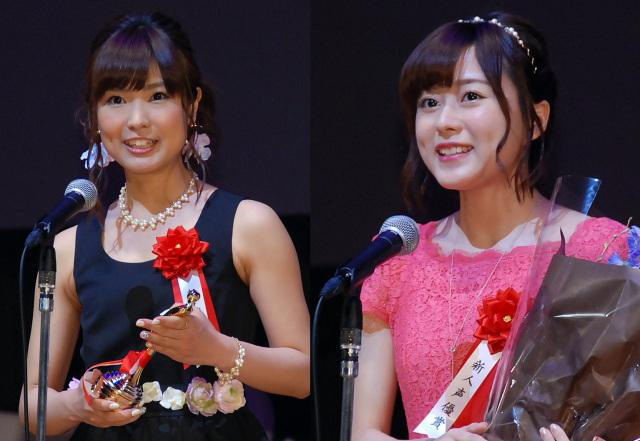 At yesterday’s Japanese Movie Critics Awards, which for the first time included a special anime category, Girls und Panzer’s Mai Fuchigami walked away with the Best New Voice Actor Award – but not before making a very personal confession.

Fuchigami, who played Miho Nishizumi in both the Girls und Panzer series and film, confessed that she was seriously considering giving up voice acting.

“Nothing around me was going my way, and I thought Girls und Panzer would be my last project as a voice actor,” said Fuchigami on stage.

Fuchigami shared the award with fellow newcomer Inori Minase, who starred in the film Anthem of the Heart.

Other prizes included Best Director, which went to Masakazu Hashimoto for Crayon Shin-chan: My Moving Story! Cactus Large Attack!, Best Film, which went to The Boy and the Beast, and the Diamond Award, given to legendary manga artist Go Nagai for his decades of contribution to the manga world.