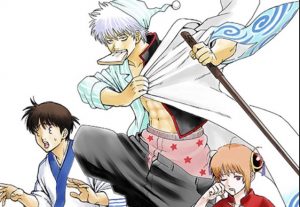 It was previously announced that Gintama creator Hideaki Sorachi was whipping up illustrations of Demon Slayer characters for a promo poster distributed to those going to see the Gintama: The Final movie in theaters. Theaters will start handing these out on January 29, right as the film kicks off its fourth weekend, and now we can see the full illustration in all its glory.

As the text on the illustration reads, “The final battle of the Hashira (samurai)! Though most of them aren’t even involved.” Sorachi is drawing attention to the fact that the Demon Slayer: Kimetsu no Yaiba – The Movie: Mugen Train doesn’t actually feature every member of the Hashira in its main story. 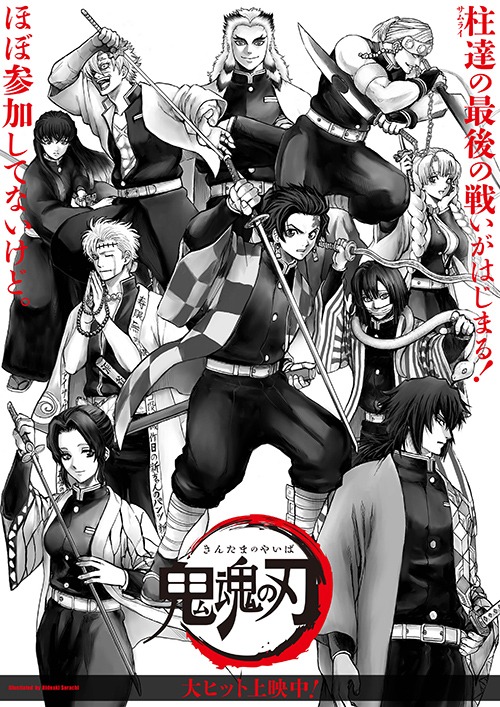 Here’s the Gintama illustration featured on the other side of the two-sided poster. 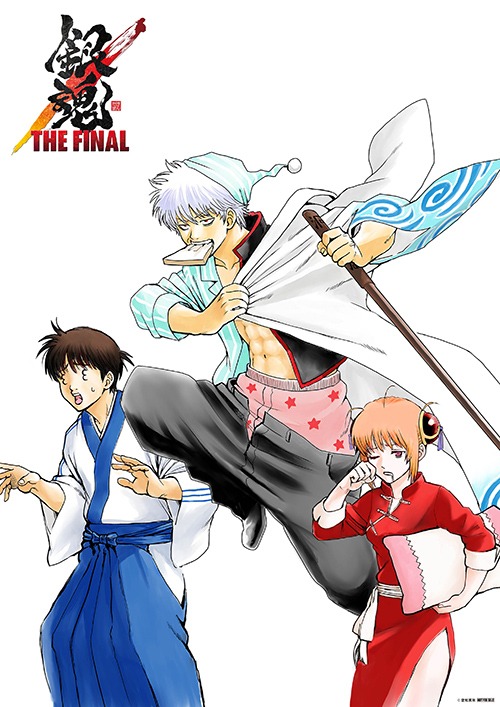