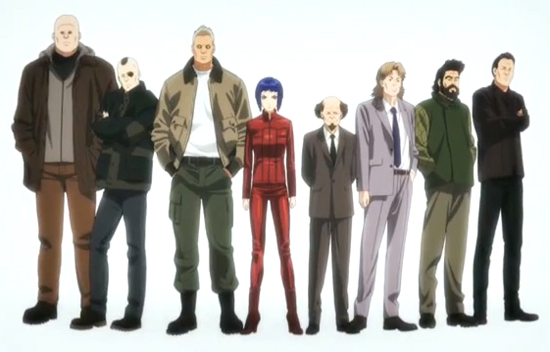 Back when we reviewed the first episode of Ghost In The Shell Arise, we noted because Arise had a new set of voice actors, the English dub had the chance to actually be more consistent across the GITS universe than the Japanese version by bringing back the cast from Stand Alone Complex.

Well, it was a nice idea, anyway.

Funimation have gone the same route as the Japanese version with their cast for Arise, which includes Elizabeth Maxwell as Kusanagi, Christopher R. Sabat as Batou and Alex Organ as Togusa. Perhaps as a tip of the hat to the old show, they’ve cast Kusanagi’s former voice actor, Mary Elizabeth McGlynn, as Kurutsu.

With no offense to these fine actors, we can’t help but feel kind of bummed, especially by the exclusion of Epcar, who’s been playing Batou since the original Ghost in the Shell film in 1995. But take a look at the newly-released dub trailer and judge for yourself.

Funimation will release Arise episodes 1 and 2 in a limited theatrical run this fall and on video October 21st.